Practice got Acquired by Instructure. Here are the Details

If you had scoured the room at PSL’s recent Diversity Dinner in search of Practice cofounder Emily Foote, you may have found her off to the side, negotiating her startup’s acquisition while cradling her baby daughter, Hazel.

We now know what all the discussion was about: Salt Lake City–based Instructure has agreed to acquire her company, keeping its staff of 22 in Philly with the aim to grow out its technology and set up an East Coast presence. Instructure is the company behind edtech products like Canvas, used by Temple University and the University of Pennsylvania.

No financial terms of the deal were announced but, according to Foote, the investors behind the venture-backed startup formerly known as ApprenNet got their money’s worth. Locally, past investors include Ben Franklin Technology Partners and Penn’s Education Design Studio, Inc. The company’s 2015 raise of $1.8 million was led by Martellus Holdings, a firm founded by Nick Hammerschlag, who also has investment ties to Instructure.

Practice, which in 2015 got a San Francisco office after merging with a company called Handsfree Learning, raised close to a million dollars in bridge financing in September. Director of Marketing David Williams said raising the capital was unrelated to the acquisition, and Foote notes that the Utah company was actually approached to join as an investor in that round. The conversation later evolved in to an acquisition talk. 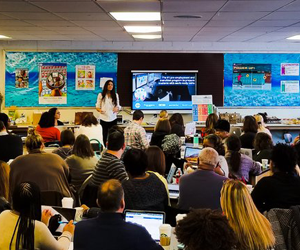 Digitability to Help Students with Cognitive Disabilities at 18 Philly Schools 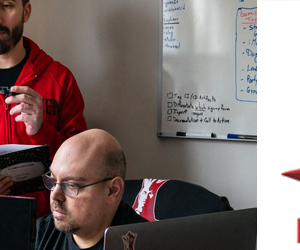 Etsy for Gaming Tools? Meet the Philly Startup That Wants to Help You Ace That Video Game