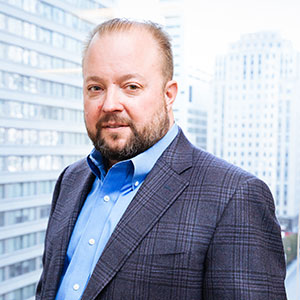 Philadelphia-based InstaMed has revolutionized how we handle payment for healthcare services. With a unified platform, they connect consumers, providers, and payers for every healthcare payment transaction. As a result, they have made healthcare transactions easier for everyone involved.

Ben Franklin’s initial investments in 2005 and 2006 helped the company grow at its earliest stages, inside founder Bill Marvin’s house, with a full-time staff headcount in single-digit numbers. Since then, InstaMed has scaled to 300+ full time employees, the majority of whom are located in its Philadelphia headquarters at 18th and JFK Blvd. The facility includes a new 3,200-square-foot Collaboration Center, which InstaMed uses to engage the entrepreneurial community through programming and events.

In May of 2019, JP Morgan announced its purchase of InstaMed for $500 million, keeping the company and team in its Philadelphia headquarters. InstaMed continues to give back to the Philadelphia’s innovation ecosystem in multiple ways, by actively hiring local talent and by supporting ongoing collaboration inside the regional technology community. 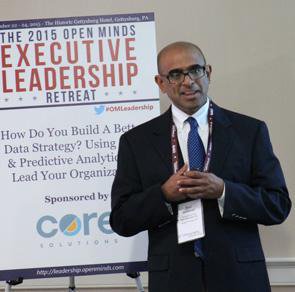 EHR systems are critical in making sure that patients receive the right care. Core Solutions’ platform focuses on this need, ensuring all participants in the process get the clearest picture of the patient’s needs.

Core Solutions understood that among existing EHR systems – platforms that share and communicate health data between payers, providers, patients and more – other competitors’ systems did not adequately incorporate mental and behavioral health into a complete story for patient health and treatment.

Ben Franklin’s first investment was in 2007 in early formation, and subsequent rounds in 2014 and 2015 to scale their growth, helping to attract interest from additional investors. An eager advocate of Ben Franklin’s support for Core Solutions’ growth, CEO Ravi Ganesan is an active member of Ben Franklin’s Success Teams, a leadership peer-guidance program for Ben Franklin companies. 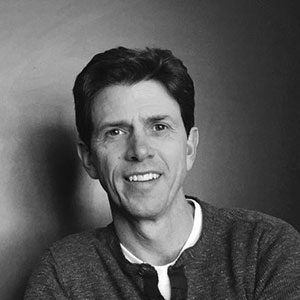 With an engineering background and a previous role in product development at a medical device manufacturer, Greg knew that common surgeries and procedures for heart conditions—such as angiograms, angioplasty, and stenting—require intricate work in artery repair. For patients who require emergency procedures, surgeons need vascular access and closure. The efficiency and precision of the surgeon’s procedures is a life-or-death matter. But before Essential Medical, the existing tools available in the market were less than ideal. This meant that unintended consequences of cardiac procedures could be severe. The downstream effects could range from extended patient discomfort to compromised functions to loss of limbs and even loss of life.

Between 2010 and 2016, Ben Franklin invested in five rounds of growth for Essential Medical, providing both capital and consultative support. Greg and his team accelerated their growth during this time, as they accessed the necessary resources and insight to help them secure further funding and partnerships for growth.

In October 2018, Essential Medical was purchased by industry-leading medical device manufacturer Teleflex, also based in the Philadelphia region. 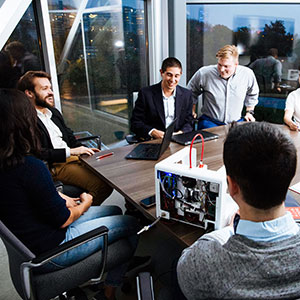 Allevi is a robotics company that builds versatile, powerful, and easy-to-use 3D bioprinters. These devices are capable of building custom replacement organs constructed out of human cells. Their 3D bioprinters and bioinks help leading researchers all around the world build with life to find solutions to humanity’s most difficult problems—curing disease, testing novel drugs, and eliminating the organ waiting list.

Between 2014 and 2018, Ben Franklin invested in four rounds of funding for Allevi, including a Technical Acceleration Fund loan for early stage development. Allevi benefitted from technical assistance for prototyping through Ben Franklin’s FabNet program. The support Allevi received through Ben Franklin enabled the company to help develop its bioprinters, software, bioinks, and application-specific kits.

In 2018, Allevi grew its headcount to ten full-time employees while also securing $1.3 million in follow-on funding. In addition, the company has secured 11 patents since 2015. The researchers using Allevi products include leading universities, companies, and government organizations­—namely, MIT, University of Pennsylvania, Stanford University, GSK, Johnson & Johnson, and the U.S. Army. Allevi finds constant inspiration in its community of users who are performing world-class research using their unique platform. 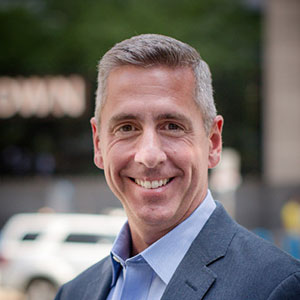 What we now know as cloud-based systems integration technology was a top-of-mind discussion topic for Boomi Co-Founders Brian Mozhdehi and Rick Nucci all the way back in 2000. They talked about the possibility of helping disconnected systems for consumers—such as inventory, shipping, and other digital databases—to talk to one another. But their employer at the time was focused on supporting a burgeoning ecommerce market rather than innovation.

Brian and Rick left their former company and started Boomi in a space above a pizza shop in Conshohocken. In 2002, Ben Franklin invested in Boomi to help secure critical resources, including software developers and consultants. With guidance from Ben Franklin, Boomi was also able to grow its board of directors by sourcing independent board candidates.

An early Boomi customer was the local start-up Half.com, co-founded in 1999 by Josh Kopelman, a local serial entrepreneur, Ben Franklin alum, and noteworthy venture capitalist. Half.com became one of the largest sellers of used books, movies, and music CDs in the world. The company used Boomi’s software to help its computers digitally connect to other retailers selling through its site. When ebay bought half.com, the sale placed Kopelman on the path that led to his role at First Round Capital today.

In 2010, Boomi was acquired by Dell, and it continues to thrive in its headquarters in southeastern Pennsylvania (Chesterbrook). It ranks among Philadelphia’s best places to work. After selling Boomi, Co-founder Rick Nucci went on to form Guru, the growing customer service solution-focused company in Center City. Guru has raised nearly $35M in its series A and B fundraising, both led by FirstMark. Meanwhile, Boomi CEO Bob Moul continued to develop and spin off two firms (Artisan Mobile, Cloudamize), and served for four years on Ben Franklin’s board of directors. 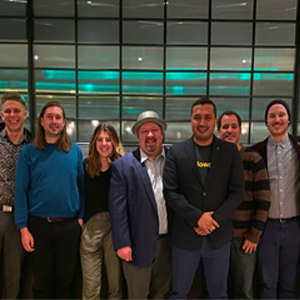 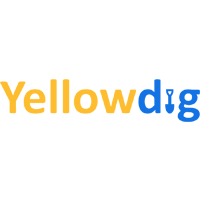 Yellowdig aims to create online learning that is as instinctive as conversing on social media. They provide schools with discussion board platforms, similar to those used by learning management systems such as Blackboard and Canvas. The boards allow professors to post questions to the class about a given topic, and let students respond. They attracting online universities and brick-and-mortar schools as clients. 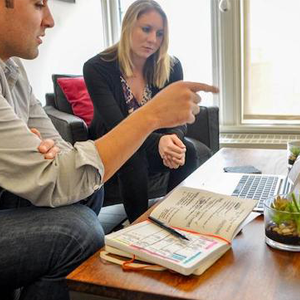 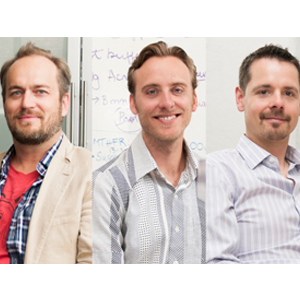 Biomeme, Inc. was founded with the vision of enabling anyone, anywhere, to explore the biological world. Since inception, Biomeme has used advanced biology and chemistry along with world-class hardware and software engineering to create elegant solutions to complex problems. Biomeme has built the leading mobile molecular diagnostics platform, and recently used its platform to develop a portable test solution to detect SARS-CoV-2, the virus that causes COVID-19. 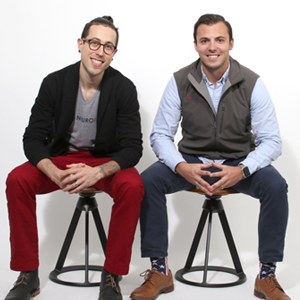 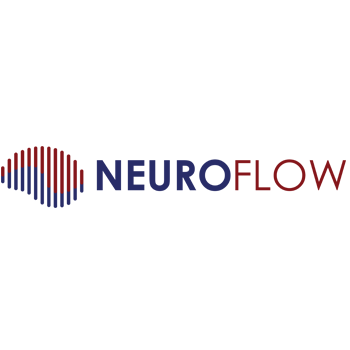 NeuroFlow is a platform that integrates remote patient monitoring capability into non-behavioral health settings and optimizes the way evidence based behavioral health therapy is delivered with objective data and techniques to increase compliance and engagement. NeuroFlow’s platform is now being used by more than 1,000 providers and health organizations. A recent analysis of NeuroFlow data highlights the increased demand for mental health services and support during the COVID-19 era. 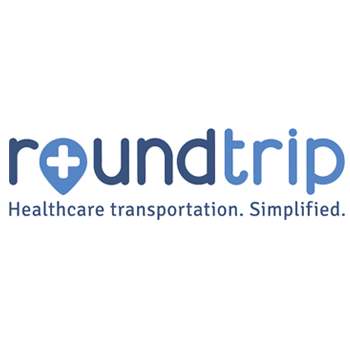 RoundTrip is the single coordination touchpoint for all medical transportation needs, improving health outcomes by providing the best possible rides for patients through the simplest coordination imaginable. During the pandemic, Roundtrip has provided safe transportation for both caregivers and COVID-19 positive patients to healthcare facilities. RoundTrip can now actively trace COVID-19 diagnosed individuals’ movements to and from their appointments.

Join the Circle of Benefits 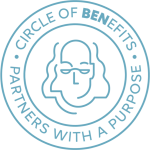 The benefits of being part of our portfolio start immediately. You’ll have constant access to a true support network of invaluable resources, reach, and relationships that you can count on for the rest of your growth journey.