OneTwoSee, a Philadelphia-based multiscreen startup that specializes in interactive apps that sync up contextual data with live sports broadcasts, said it has inked a new multi-year deal to continue to produce interactive elements for FoxSports.com and Fox Sports’ coverage of a MLB, NBA, NCAA basketball and NHL games.

Financial terms were not disclosed. Under the new deal, OneTwoSee’s apps will continue to bring interactive enhancements to Fox Sports’ GameTrax product. Those apps, which include player trackers, win probability and momentum meters, team and player comparisons, and social media modules, are offered in pre-, live and post-game forms for every game of each sport.

OneTwoSee, a company founded in 2010 that has raised about $3 million so far, makes and licenses white-label products and apps that can present real-time data and stats pertaining to sporting events and presenting them on devices such as tablets, PCs and IP-connected set-tops and TVs.

Other OneTwoSee customers including Comcast, which is using the vendor’s platform for its Sports Extras app on the MSO’s X1 platform (subscription required), NBC Sports, Canada’s TSN, YES Network, Comcast SportsNet and LG Electronics, among others.

“Since its creation, FOX Sports has been known as the cutting-edge trendsetter in sports media,” said Chris Reynolds, co-founder and CEO of OneTwoSee, in a statement. “Since OneTwoSee is the pacesetter in developing fan engagement products, its makes for a great partnership to continue to develop and provide FOX with innovative and enhanced experiences for their GameTrax application.” 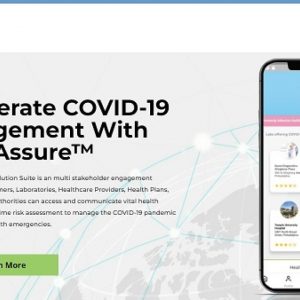