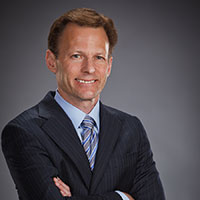 Alan is Co-Founder and Co-President of Sage Financial Group, Sage Real Estate Group, Sage Investment Group, and is co-author of “The Sage Guide to Mutual Funds” (HarperCollins). Sage is one of the leading wealth management and multi-family office firms in the Mid-Atlantic region, managing over $2.5 billion in assets.

Alan has been named one of the most influential people in the investment world by The Wall Street Journal and SmartMoney Magazine. He has been quoted in Money Magazine, Kiplinger’s Personal Finance and The New York Times. Additionally, Alan was named one of the top 40 business leaders under the age of 40 by the Philadelphia Business Journal, and was recognized by Philadelphia Magazine as one of “100 People to Watch.”

Alan is active in many civic associations and serves on the Board of Ben Franklin Technology Partners. Alan is a member of the Jewish Federation of Greater Philadelphia’s Investment Committee. He resides in Penn Valley with his wife, Darlene, and four children.