Relmada Therapeutics, Inc. (OTCQB: RLMD), a biopharmaceutical firm with four novel pain treatment drugs currently under development in its pipeline, received a healthy injection of more than $15 million in capital last week that will assist the company in the advancement of its work to bring those products to the largest drug prescription market in the world – the treatment of pain.

In addition to significantly strengthening the company’s balance sheet, Relmada’s CEO, Sergio Traversa, says the cash will help with its ambitious development strategy, “These funds enhance our flexibility in implementing our plans and reaching the planned milestones.”

The company will develop three of its four new and proprietary drug products primarily through the FDA 505(b)(2) regulatory approval pathway. This process allows Relmada to take pain medicines that have already been approved and make small modifications to them (allowed by FDA) with the expectation that the company can significantly improve efficacy, patient safety and patient convenience.

This strategy will aid Relmada in bringing the three “repurposed drugs” in its pipeline to market much faster and at a fraction of the cost of typical drug development. Because the drugs that Relmada is improving upon have already been proven to be safe, the FDA pathway employed by the company is relatively low risk. Additionally, this new injection of cash, will go much further as the company will pay for fewer studies using this strategy to develop its drugs.

With fewer studies to conduct, this regulatory avenue can be faster if done correctly. Relmada’s expertise in developing drugs could potentially help the company bring a repurposed drug to market in as little as 3 years, so the recently announced injection of funds should go a long way to assisting the company in expediting its work.

Relmada will use the 505(b)(2) to develop LevoCap ER, BuTab ER, and MepiGel, while it will pursue the development of d-methadone using the FDAs traditional new drug application (NDA) process.
The more than $15 million was raised through the issuance of 10.1 million shares of its common stock when A-Warrants, which were originally issued as part of a private placement in the second quarter, were exercised at $1.50/share. 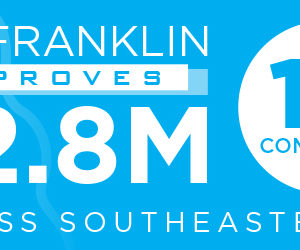