BioBots is Back in the News Again and This Time They’re Heading to SXSW!

BioBots is a 3D bioprinting startup located right in the heart of Philadelphia. After working to push BioBots out of their University of Pennsylvania dorm rooms and into hands of researchers, the firm took to the DreamIt Health accelerator program, officially launching in August. So, what exactly does the BioBots printer do? 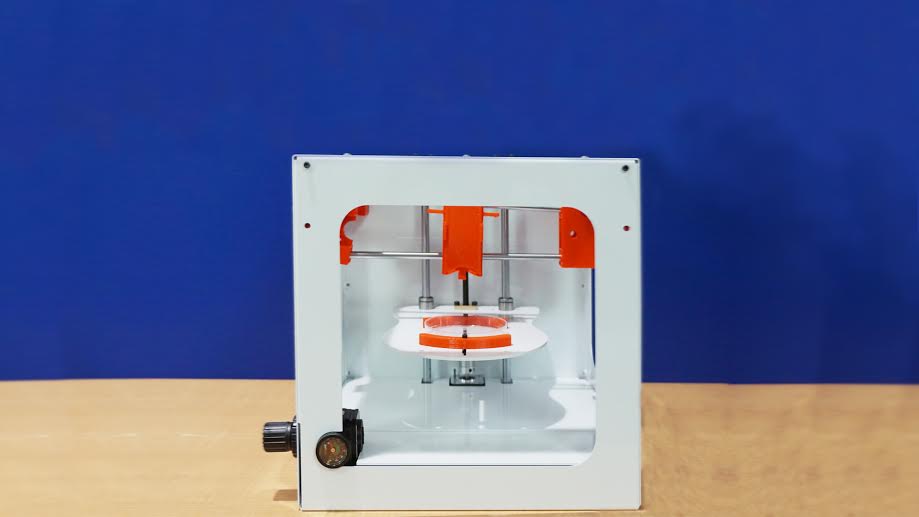 BioBots 1, the startup’s first product, is a high resolution, desktop 3D bioprinter that builds functional three-dimensional, living tissue. It works in a similar way to FDM printers, printing one layer at a time, but with a bevy of hydrogels, such as agarose, collagen, alginate, and polyethylene glycol. Anything that can be extruded out of a syringe can be extruded from the BioBots printer. Upon extrusion, blue light and UV light technology are used to cure the material without damaging any living cells.

biobots low cost bioprinter uv lightThe machine can create living cell tissue or non-living scaffolds, and seems like a phenomenal option for researchers who want to be supported as they begin getting involved with 3D bioprinting. So far, the bioprinter has 3D printed a dozen different cell types, which is no small feat. Some of their current clients, like Dr. Kara Spiller at Drexel, use the BioBots 1 to figure out how to print bone tissue. Others, like Dr. Dan Huh at UPenn, are building the next generation of miniature stomachs for testing potential therapeutics.

biobots low cost 3D bioprinter at SXSWSo, who are the young, dashing bioprinting entrepreneurs behind BioBots? The dynamic team is composed of 5 members: Danny Cabrera, CEO, studied Computer Science and Biology at Penn and is the lead business developer. Ricardo Solorzano, CTO, has been working in the field of regenerative medicine for about 4 years, and has authored several papers on building 3D blood vessels. The first BioBots prototype was actually built by Ricardo in his dorm room at UPenn, which is pretty amazing. Sohaib Hashmi, a MD/PhD student at Penn, is responsible for negotiating academic partnerships with leading institutions across the country. Madeline Winters, a Mechanical Engineering graduate from Villanova, takes care of logistical and operational challenges, making sure that the team operates at its peak performance. Miranda May, who I had the pleasure of speaking to her a few weeks ago, is a dual-degree student in both Electrical Engineering and Business at Penn and responsible for media relations.

The startup tells me that they are currently raising a seed round of funding. BioBots has already received commitments from Ben Franklin Tech Partners and DreamIt. The firm has also been selected “as a finalist in the Digital Health and Life Sciences Technologies category for the 7th annual SXSW Accelerator competition.” I can see why. I think the idea of having a low cost bioprinter available to researchers will have a significant impact, opening the door for researchers (bioprinters are incredibly expensive), giving them an affordable base to kickoff their own bioprinting research.

If you, too, are interested in BioBots, you can join the BioBots’ beta program as a tester; you’ll need $5,000, an incredibly low price for entry into the realm of bioprinting. In the package you will receive:

If you are interested in purchasing a BioBots printer, they are taking pre-orders now for $25,000.

Three of these nine innovative technologies are Ben Companies!