Into the fray of the U.S.-Mexico border-crossing debate rides a Philadelphia start-up – literally.

Christini Technologies Inc. this week will prepare nine of its 450DS all-wheel-drive motorcycles for shipment to the U.S. Border Patrol in Texas.

Though small, it’s an important order in advancing the new business mission of president Steve Christini, who is steering the research-and-development company he formed in 1999 into manufacturing.

“The irony is my mom wouldn’t let us have motorcycles,” said Christini, 42, of Queen Village, who majored in mechanical engineering at Villanova University. A senior design project there established the foundation for his company.

Now with seven employees, headquarters in central Philadephia, and an assembly facility in Cherry Hill, Christini Technologies is believed to be the only off-road original-equipment manufacturer in the United States.

It is not yet profitable, but 10 angel investors were convinced enough of its potential to provide funding.

Among them is DeSimone Group Investments, led by Michael A. DeSimone, whose name for years was synonymous with Cadillac, BMW, and motorcycle dealerships in South Jersey, the last of which he closed in 2010. His infusion of “under $1 million” in Christini is part of a 20-company investment portfolio.

“This is our second-largest investment in both dollars and time,” DeSimone said last week, watching a crew of three assemble the Border Patrol-bound motorcycles at a 35,000-square-foot facility he owns in the Cherry Hill Business Park.

When DeSimone first invested in Christini about three years ago, the company was selling its all-wheel-drive systems as a kit that could be installed in other makers’ motorcycles – and just starting to think about building its own.

What he found particularly impressive, DeSimone said, was that Christini owned patents on the only highway-speed-capable, all-wheel-drive motorcycle in series production in the world. And that the motorcycles have been proven in the field, even surviving X Games competitions.

He is hoping Christini “becomes a major manufacturer and someone even more major says, ‘Hey, we want that,’ and we all go home with lots of money and a really cool motorcycle.”

It would be quite a ride for a business that started with high-end mountain bikes selling for more than $2,000. They were primarily a means to pay for the motorcycle all-wheel-drive R&D.

The recession was the nudge to go into actual manufacturing, albeit with much of the machinery and parts-supply work outsourced. (Christini hopes one day to have resources to bring it all in-house.)

A tentative agreement with a major Austrian motorcycle manufacturer to incorporate Christini’s all-wheel-drive system into one of its brands disintegrated when the economic slowdown forced big companies to pull back on such ancillary projects.

Restructuring the business plan to become a motorcycle brand took the better part of three years, with the first Christini motorcycles sold in 2012.

Steve Christini would not disclose financial information, but said the company is hoping to sell 750 motorcycles in 2015 through a network of dealerships and foreign importers. The U.S. military also is proving to be a promising market, he said.

The armed forces have about 25 Christini motorcycles in use, mostly in Afghanistan and Africa, said Jimmy King, founder of Tactical Mobility Training in Fayetteville, N.C., which teaches special-operations forces unconventional mobility.

King said he bought a Christini motorcycle, selling for between $8,000 and $9,000, and was impressed enough to advocate for their use among his military contacts.

The bikes can maneuver through sandy and mountainous terrain that the military often uses horses and pack animals to navigate, he said. They can also get through urban areas that tanks and traditional military vehicles cannot, and do so a lot less conspicuously.

Two Christinis are being tested by the German military, two are headed to special forces in the United Kingdom, and an order for 270 is pending from the Peruvian military, Steve Christini said. Chaos in the Middle East has stalled a promising deal with an importer in Israel, he said. The Philadelphia Police Department is also testing a Christini.

With bikes for sale at 22 U.S. dealerships (locations at www.christini.com), Christini Technologies hopes to have a presence in 50 by year’s end.

The company also plans to move to Northern Liberties next year, where it would have a showroom as well as offices. 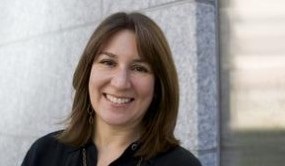