When Bob Moul took helm of full-stack monitoring and analytics company Circonus in 2019 as its CEO, he was entering the top position at a tech company for the fifth time.

He did so because he saw potential in a huge market that had lots of complexity, and the company’s “incredible tech and an amazing team,” he wrote in a company blog post.

Moul took over the Fulton, Maryland and Philly-based data intelligence company after past lives leading several local tech companies, including Cloudamize and Boomi, to exit. The company’s machine data intelligence platform, called Circonus Platform, taps into various machines’ data and analyze it for its customers. Think: “anything from servers to robots,” Moul said back in 2019, when the product was announced.

In early 2020, the company raised a $6.8 million Series A1, with eyes on making Philly its HQ. But the pandemic slowed plans to base the company truly anywhere. 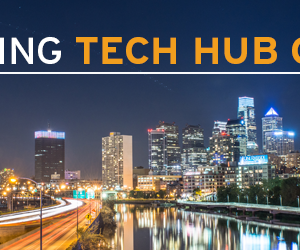