The 2014-founded cloud-based video insurance company Livegenic, which has an office in The Curtis building and a distributed global team, was acquired this month by one of its key investors, Claim Central.

Livegenic allows customers to stream video from their phones between property and casualty insurance organizations and their customers to connect all parts of the claims ecosystem in one place. The platform streamlines communication between in-house and external adjusters, appraisers, contractors and policyholders and provides field video loss documentation capabilities as well as customer self-service solutions.

Cofounders Olek Shestakov and Alex Polyakov zeroed in on the insurance industry. Here’s an example of its use in practice: Say you wake up the morning after a thunderstorm to find your 2002 Hyundai Elantra pancaked by the lone tree on your block. Instead of trying to describe and explain the scenario to your insurance agent, you can simply stream live video to their computer while simultaneously speaking with them over the phone.

Shestakov said they began working with Claim Central, which specializes in claims fulfillment technology, in 2016, and the Australia-based company became an investor in 2017. The recent acquisition is centered around the two companies working together, the cofounder told Technical.ly — and their distributed workforce is a strength. 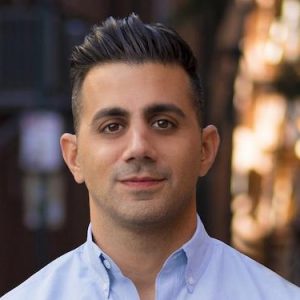 Cloudnexa Recognized for Excellence in Managed IT Services