Over the past five years, robotic dogs have gone viral in captivating online videos showing them opening doors, performing acrobatics, hauling trucks and pulling other stunts. In the pandemic era, they’ve been used to promote social distancing and reduce risks to medical staff hospitals.

Massachusetts-based Boston Dynamics was behind most of these examples. But another company is revolutionizing what robotic versions of man’s best friend can do, and it says its latest creation might be ready for war.

In January, Defense Department contractor Ghost Robotics will be unleashing four of its semiautonomous robots at Tyndall Air Force Base in Florida in what could be a step toward introducing robot dogs to conflict zones.

The high-tech canines, known as Vision 60, are being touted as a security enhancement and are part of a plan to replace stationary surveillance cameras at the Air Force base, according to the military. Ghost Robotics, however, envisions a scenario in the not-too-distant future where the machines go beyond just patrolling. 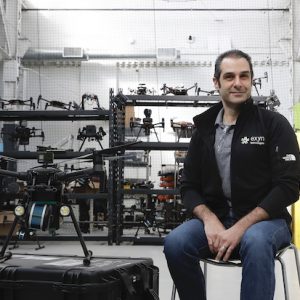 How to Get Hired in Philly’s Growing Robotics Scene