As America’s baby boomers are hitting 65 at a rate of 10,000 a day, and healthier lifestyles are keeping them in their homes longer, demand is escalating for a little talked-about — yet critical — health care-related job: Transporting people to and from nonemergency medical appointments.

“It’s going to become a massive phenomena,” said Ken Dychtwald, founder and chief executive of Age Wave, a consulting firm specializing in age-related issues. “This is an unmet need that’s going to be in the tens of millions of people.”

It’s no longer enough to call a taxi or regular car service and hope that frail seniors can get in and out — or through the entrance of a doctor’s office on their own as the driver speeds off. For people requiring oxygen tanks and wheelchairs, it’s an even bigger challenge, and long waiting periods are often required to arrange for specially equipped vehicles. Those needing transportation and specialized drivers covered by their insurance often have to wade through another labyrinth of red tape.

Many older people require sensitive, skilled or specially certified drivers who know how to deal with someone who’s frail, uses a wheelchair or has mild cognitive problems. “It’s more than pick up and drop off,” Mr. Dychtwald said.

As many as 30 percent of all patients skip doctor appointments, citing transportation as a key reason, according to a report by SCI Solutions, a health care technology firm.

The no-shows cost the health care industry $150 billion in lost revenue annually, as unused time slots cost a doctor an average of $200, the report said.

Several technology start-ups, RoundTrip, Circulation Inc. and Kaizen Health have set up shop over the past two years to address this need. Each created an online portal that complies with federal regulations under the Health Insurance Portability and Accountability Act (HIPAA) and makes it easy to find, book and track customized rides for patients. Each company partners with health care facilities and transportation companies, which matches skilled drivers with patients’ needs. It even handles the insurance end.

Mark Switaj, who founded RoundTrip in early 2017, saw the transport care problem firsthand while working as an emergency medical technician and at other health care-related jobs in the mid-Atlantic region for 15 years. He saw what he called a clunky, layered system that was inefficient and unreliable for doctors and patients.

“I saw patients giving up — simply not going to their doctor anymore because they felt the ride was really a burden to them,” he said.

So, Mr. Switaj used his health care experience and business skills learned from Boston College and Georgetown University to create RoundTrip, which is based in Philadelphia. Now, a patient or social worker can log onto the RoundTrip portal and book a ride. The patient receives phone calls or texts, with real-time updates on the status of the ride, which can cost up to 40 percent less than a taxi voucher, be booked in about a minute and be tracked from start to finish, said Mr. Switaj. He said the no-show rate for medical facilities using his portal was less than 4 percent. 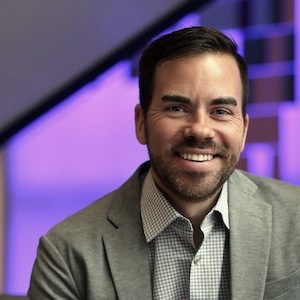 Roundtrip and ACS Remove the Roadblock to Cancer Care 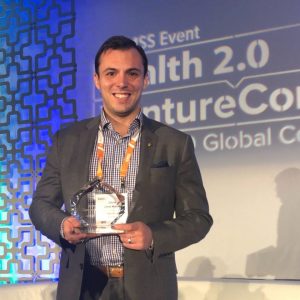