The facts around workplace readiness for those with disabilities, like autism or down syndrome, are alarming. Seventy percent of people with cognitive disabilities are unemployed, but progress is being made. Michele McKeone, founder and CEO of Digitability is focused on changing the current status quo of pigeonholing people with cognitive disabilities into unemployment or underemployment, while advocating for on the job neurodiversity and empathy.

In a workforce where 75% of all careers require some degree of technological literacy, Digitability is the only comprehensive workplace readiness training program that includes solutions for academic, social/emotional, and vocational skill development specifically tailored for the needs of students with disabilities. Sixty-seven percent of students that graduated the program obtained meaningful employment.

I sat down with Michele to discuss workplace stigma, her experience as a teacher, and being a lady boss.

Amanda V. Wagner: Let’s start with the basics, how does Digitability prepare students with cognitive disabilities for the workforce?

Michele McKeone: For people with cognitive disabilities to achieve their independence, digital literacy, social skills, and a contextual understanding of technology’s use in the workplace is essential, and that’s what we teach. We teach the nuances of socialization and communication in the workplace and often technology falls into that. I like to use the example of, if I send you an email, I know that you may or may not have received the email directly after I sent it. Someone with a cognitive disability, who has an impairment in the understanding of reciprocity, may send you another email, or text, wondering why you are not responding. That interaction can be very frustrating for them. All of that social nuance in the workplace, using technology, we spell it out, and we are the only program that is doing that. We are making those workplace skills accessible for people with different learning and behavioral profiles and we are doing so while helping students develop a sense of empowerment and the ability to self-advocate.

AVW: While socialization and communication can be a challenge for those with cognitive disabilities in the workplace—something you are combating—what are some other challenges that are presented in hiring? Is there a stigma from employers and organizations against those facing these types of disabilities that contribute to the alarming percentage of unemployment in this demographic?

MM: Yes. With any stigma, I think it comes down to empathy. When you have exposure to people who possess a different level of sensory perception, you start to develop empathy for how they navigate their world. With that empathy you won’t see the condition of autism or a disability, you see a person first—a person who has cognitive or behavioral characteristics of a disability.

AVW: I agree; exposure builds empathy. In a way, the argument for exposure parallels conversations around youth exposure to diversity of any kind—ethnic, economic, etc. Exposure to diverse groups of people tends to help kids consider more options when thinking analytically and be more receptive to outside ideas. If you aren’t exposed early in life, you have no context for someone who may seem different to you, and that’s where that bias comes into play.

As a teacher, observing these pitfalls within our education system, how did you discover technology teaching as a way to bridge the divide you observed in the classroom? 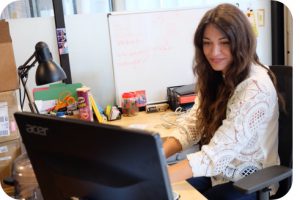 MM: This requires some backstory. From 2002 – 2005, I was studying digital media at the University of the Arts, and I was learning all about new technologies during a time, where it was still somewhat the wildwest. We were designing social networks for our department, long before Facebook was a household name and learning about streaming media before there was YouTube. I felt empowered by that experience. I was using technology to research and express my views on topics that were important to me, like education. I felt really driven to find away to make a positive impact on society. I determined that education would be the path to pursue positive social change. From there, I pursued the Philadelphia Teaching Fellows Program where I landed in an autism support classroom. It was working in the classroom with my students, where I began to understand the many significant barriers they would face as they pursued their independence. I knew that I was responsible for their success and failure, so anything I did had to have the right impact and prepare them to not only face these barriers, but persevere.

Students were being pigeonholed into unemployment or underemployment due to the social and psychological barriers of “outsiders,” people who had not had the opportunity to be exposed to a person with a cognitive disability. And I thought, “I’m going to take everything I learned in art school and I’m going to have my students develop a skills-based portfolio, while simultaneously implementing a behavior modification program that would build their social and emotional capacity to obtain and sustain employment.” I started with the basics, and taught them how to use email. At the time it was 2008, and there were no ipads in the classroom, and people thought I was crazy for wanting to teach my student how to use email, but I knew it was important.

Being educated in digital literacy and digital media, and seeing the emerging trends, I knew that technology was an increasingly important and essential part of our lives. I continued teaching technology, and where it culminated in regional computer fair competition I entered with my students. It was highly competitive, and we were the only special education, let alone life skills, autistic support group to participate. Not only did they compete, but they succeeded in third place. It was a proof of concept moment for me.This was a clear demonstration of what’s possible when you level the playing field and allow people with cognitive disabilities to compete with their peers.

The School District of Philadelphia’s Office of Specialized Services took noticed at the competition. I remember Alton Strange, the previous Director of Transition Service for the district, pointing out that we so often want to use technology for remediation, but we forget to use technology in a way that allows students to find their voice and to use it the way everyone else is using it. We developed a partnership and that lead to teacher training and consulting on technology best practices for supporting students with autism and other disabilities here in the Philadelphia School District. I started presenting these practices at conferences, and the more I presented, the more feedback I received from parents, teachers, administrators, and government officials that all pointed to a massive need for this kind of learning. All the while I kept in contact with the dean of my department from UArts, Neil Kleinman, and I told him I’m trying to figure out a way to scale the impact of this program. He invited me to participate in the Corzo Center for the Creative Economy, so I pitched to them and won a $10,000 grant, which helped me, and at the time, I developed a software—something I never foresaw myself doing—to scale the program. 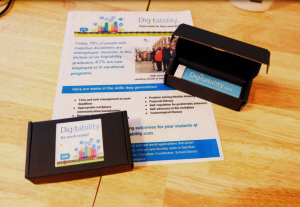 AVW: You’ve been on quite the journey to get where you are now.  You mentioned earlier, that you had an odd background. When you were at UArts, pursuing digital journalism, did you even see yourself in this spot being, and being a lady boss? (*Note worth mentioning, Michele has a poster that says “Stay bossy, ladies!” in her office).

MM: I didn’t know that I was going to be a lady boss. My senior year studio course was a documentary. I remember a professor went around and said, “You guys are seniors, what do you all think you will be doing.” Some people were like, “MTV,” other people were like, “I just want to edit all day at WHYY.” When it got to my turn I felt like, ultimately, my path will choose me, and I feel like it will be something dealing with education. I’ll never forget my professor, he totally poo pooed my response and was like, “You know, you can’t just float around in life.” He sort of came at me like I was some lofty girl in art school who couldn’t make up her mind.

I really do feel like at each juncture of my life some opportunity was presented and I had to choose a path. But I’ve always wanted to create something, which ties into art school. If I look back, I can kinda see all of the forks in the road and how point A to point B started, and I’m ecstatic to see what comes next. 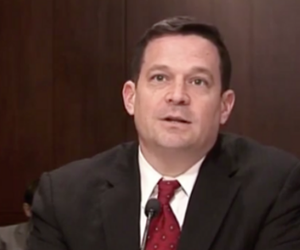 ‘Kid in a Candy Store’: Ben Franklin Technology Partners’ Incoming CEO on His Plans for the Region’s Most Active Seed Fund 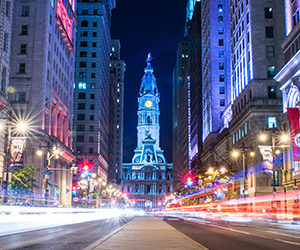 Top 10 Cities Techies Should Consider Moving to In 2016