Ben Franklin Technology Partners has started off the fiscal year by setting the bar high. The organization recently announced that it made investments in 25 early-stage Philly-area companies in the first quarter, for a grand total of $4.4 million. And the number is the organization’s largest quarterly investment to date.

In 2016, Ben Franklin decided to double down on Philly’s digital health sector and the commitment to these early stage companies is clear this quarter. The ten deals in the category, which amounted to $2.1 million, represent 40 percent of the quarterly investment total. While there were nine deals in the information technology sector, the sector received about half as much investment dollars as the digital health sector. The organization made six deals across health and Physical sciences industry altogether. Most of Ben Franklin’s investments this quarter were in new companies. About 24 percent of the investment went to companies that Ben Franklin had previously funded.

Read more about the companies in each sector here. 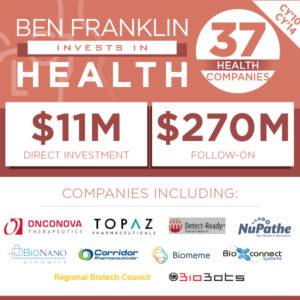 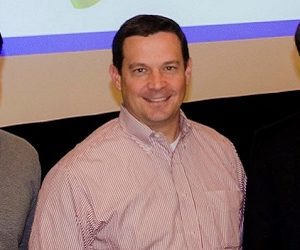