Margaret Bradley is audibly jazzed when describing the significance of impact investing in the Philadelphia region.

“My whole professional life is about this,” said the director of investment partnerships and lead for social impact investments at Ben Franklin Technology Partners of Southeastern Pennsylvania, the state-backed seed and early stage capital provider for local tech startups and social enterprises. (Refugee aid platform NeedsList just went through the organization’s fintech accelerator, through which it won a $25,000 investment.)

As she sees it, investing in socially conscious startups can fill in the gaps of solving social ills where government and nonprofits have failed: “It’s in the gray area that really cool stuff happens.”

ImpactPHL is a year old, and in that time, the impact investing advocacy collective made up of local venture capitalists, business leaders, nonprofits and others, including Ben Franklin, has been working to further Philadelphia as a city where impact investing can thrive. So far, that’s happened primarily through its training workshops, Best for PHL.

But its latest initiative, ImpactPHL Ventures, is jumpstarting the group’s work by putting an extra $15 million into the local impact investing ecosystem for startups promising social, environmental and health returns as well as financial ones.

Ben Franklin, which is overseeing the funding initiative, was born as a double-bottom-line investor, Bradley said. So, this work isn’t necessarily new — but the amount of money pledged and the partners that have signed on are.

The amount contributed by each partner was not released. The average investment is expected to be roughly $300,000, “dependent on how many of the investors are drawn to any particular deal,” Bradley said.

This is the largest funding initiative Ben franklin has organized to date. For context, Investors’ Circle invested $11 million in 25 companies nationally in 2016.

“What’s significant about these partners is that they are each turning to Ben Franklin to add efficiency to the kind of investments they want to do with these kinds of early stage companies,” Bradley said. 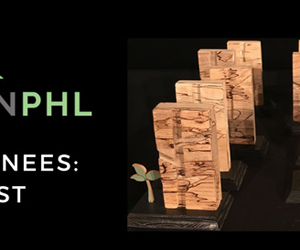 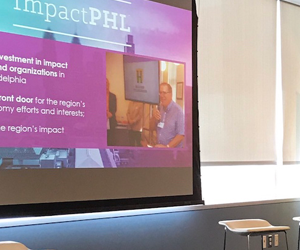