A Westmoreland County e-waste recycler has not only weathered recent upheavals in the technology industry that drove similar companies in North America out of business but says it is poised to continue growing.

“We’ve had growth of at least 50 percent every year for the past three years, and we expect to do that again this year,” said Serdar Bankaci, CEO of Hempfield-based Commonwealth Computer Recycling, or CyberCrunch .

A downturn in the e-waste recycling industry nationwide has been driven largely by the 2015 drop in commodity prices and other difficult market conditions, said Joe Connors, CyberCrunch’s vice president for business development.

Commodity markets reflect the value of gold and other precious metals that are used in computer components, he said.

“As many industry analysts predicted, this has led to bankruptcies and distressed asset sales,” Bankaci said. “We believe the industry will continue to see consolidation through 2018.”

CyberCrunch is not only riding the storm out. It expects to expand regionally and nationally, Bankaci said.

The company recently hired Bora Caliskan as its business development manager. Caliskan is the former director of operations at Goodwill of Southwestern Pennsylvania, which closed its Pittsburgh e-waste processing facility.

Bankaci, a 1997 graduate of Shady Side Academy in Fox Chapel, grew up in a Turkish-American family in Greensburg. A self-described “lifelong nerd,” he graduated from American University and the University of Miami in Florida and founded CyberCrunch in 2012.

Bankaci said Pennsylvania’s Covered Device Recycling Act of 2010, which requires the recycling of computers and peripherals such as keyboards and printers, breathed new life into the e-waste recycling industry statewide.

As the company’s name implies, CyberCrunch is in the data destruction business. “We recycle anything with a plug,” Connors said.

The company has about 20 employees in Greensburg and could hire 10 more in the next year, Connors said.

With certified recycling facilities on Roseytown Road and in Aston, Delaware County, CyberCrunch provides both data destruction and e-waste disposal services. Electronic items collected at the 20,000-square-foot warehouse in Greensburg are either recycled or sent out for disposal as scrap, Bankaci said.

“Everything brought here is wiped according to government standards, so that the data is irrecoverable. That gives both businesses and consumers peace of mind,” Bankaci said. “The data eradication is probably as important as the recycling component.” 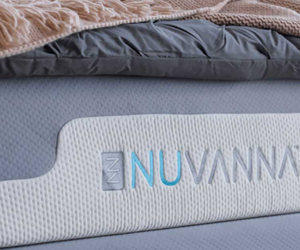 Could Better Sleep Be The Secret To Your Company’s Success?