By now, most people are aware of Safeguard’s rich history of fostering innovation and supporting entrepreneurs along their path to disruption. Our tried and true methodology has been built by funding technology-enabled businesses at the Series A or Series B stage, while baking-in value-added support through operational guidance and relevant expertise.

Our sightline is fixed on several key verticals including healthcare, financial services and digital media, with companies that are capitalizing on the next wave of enabling technologies with a particular focus on the Internet of Everything, enhanced security and artificial intelligence—the latter of which also includes predictive analytics and machine learning.

However, while we remain prudent to our core strategies, we have recognized that there is tremendous opportunity to broaden our horizon by funding earlier-stage companies in need of “seed” funding. This by no means is a change in focus, but instead is additive to our strategy.

This is not unfamiliar territory for us. To date, Safeguard has already deployed capital in several early-stage companies. While we’ve previously made reference to these companies as being in “stealth mode”, in actuality they are anything but stealth.

Such companies include Velano Vascular, a medical device company with an FDA-cleared device for improved blood draws, and Noble.MD, which has developed patient risk data assessment software used by some of the region’s leading health systems.

And lastly, medical device software company MedCrypt was our most recent seed financing deal, which we announced in September 2016. MedCrypt is using proceeds to conduct commercial pilots of their cyber security technology with leading medical device vendors.

Going forward, we plan to remain opportunistic with our pursuit of seed-stage deals, targeting companies that fall within our core strategic framework while also exploring opportunities that are not in our direct area of focus.

Our regional focus for seed stage deals will be the Greater Philadelphia area, which already includes inhabitants on N3RD St. and throughout the University City’s ‘Innovation District’.

This expanded strategy will duly serve as a potential pipeline towards Series A rounds that Safeguard generally leads. Although early-stage startups will not receive the comprehensive benefits of a traditional “partner” company, they will be given guidance and steady direction from the company’s in-house team of professionals.

Ongoing dialogue about this effort will be presented today at Philly Startup Leaders’ Founder Factory as well as other community gatherings in 2017.

Editor’s Note: This is a mission I’ve personally championed internally since my arrival at Safeguard in April 2013. As an active member of the region’s startup community, it has been a rewarding experience learning about the new ideas being created by entrepreneurs striving to make an impact. For qualified startups searching for early-stage capital in specific industries, this is an excellent opportunity to find a partner capable of delivering growth and long-term returns. I hope to hear from you soon. –DL (dluk@safeguard.com)

This post was written by David Luk and originally appeared on Safeguard Scientifics’ blog. 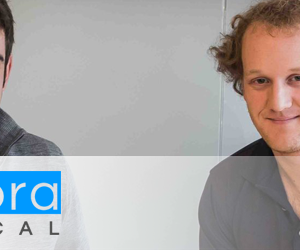 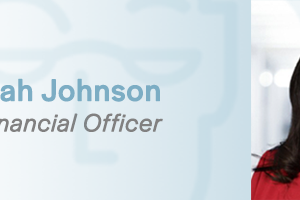