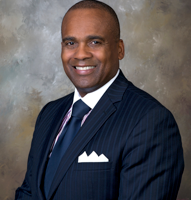 As a seasoned senior executive, Timothy A. Reese brings 28 years of senior management, operations, and institutional finance experience. He has expertise within the public treasury, pension administration, and investments sectors.

Since November 2020, Mr. Reese has served as the executive leader to the Pennsylvania Municipal Retirement System, which operates more than 1,100 pension plans worth over $2.8 billion for 16,000 of the state’s current and retired municipal employees.

Prior to the Pennsylvania Municipal Retirement System, Mr. Reese was the CEO of Forge Intellectual Capital, LLC, a firm he founded to provide strategy and advice to managers, asset gatherers, and CFOs in the private and public finance industry.

From 2015 to 2017, Mr. Reese served as the Treasurer of the Commonwealth of Pennsylvania. He was the investment chair with direct responsibility for a $20 billion investment portfolio. Under his tenure, assets under management increased by more than $2 billion. While in office, Mr. Reese created an Emerging Manager and Impact investment program with a total committed capital of $700 million. He demonstrated exceptional leadership and the ability to build consensus by successfully guiding a $90 billion annual operation within a fractured political environment.
Prior to his work with the Treasury, Mr. Reese spent 21 years as a principal investor and operator for venture and private equity companies. As a CXO, he built out the sales and operations of three (3) North America-based companies in the lower and middle markets, which were later acquired or rolled up by CDW, Red Hat, and AEP Networks.

Mr. Reese serves as an independent advisor at Innovate Capital and Farol Asset Management. He serves on the nonprofit boards of the National Association of Corporate Directors Philadelphia chapter and Ben Franklin Technology of Southeastern PA.

Mr. Reese has devoted his career to causes that focus on social issues through finance to broaden wealth opportunities. He was a founding member of Minority Angel Investors Network (MAIN) which provided early stage capital to minority, women, and veteran owned startups. He holds FINRA licenses Series 7, 79, 52, and 63. He earned a B.S. in Electrical and Electronics Engineering from Temple University and was a Fellow at the Temple University Fox School of Business.