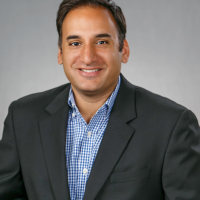 Omar is an experienced venture capital and private equity investor, entrepreneur, and business accelerator founder and CEO. In his role with Ben Franklin, Omar is responsible for sourcing deals, managing due diligence, negotiating deal terms, and serving as a board observer and portfolio manager. During his tenure at Ben Franklin and in investment roles prior, he has led over 30 seed to Series A equity and convertible debt investments across the ecommerce, digital media, Ed-Tech, wearable technology, Finetch, Blockchain, and healthcare IT sectors including Practice (acquired by Instructure), Ridekleen (Acquired by COX Automotive), Snip Snap (acquired by Slyce), and Clarity Payment Systems (Acquired by TYSYS). He has also led Ben Franklin fund to fund investments in partner accelerator programs such as the UPENN based EDSI ED-Tech accelerator program, the Philadelphia Media Network (Philadelphia Inquirer) Project Liberty Incubator, and the DreamIT Ventures Accelerator.

Prior to his role at Ben Franklin, Omar was an analyst in the Merchant Banking Division at Goldman Sachs and was the founding CEO of the US Market Access Center, which is a Silicon Valley based accelerator for international companies looking to establish a presence in Silicon Valley. The US Market Access Center is a partner with Stanford University and San Jose State University and has launched several successful companies including Daintree Networks (Acquired by GE), Heptagon Inc (Acquired by AMS), Codenomicon (acquired by Synopsis), Edgeware TV, and Innolume.

Omar has a BA with honors from Swarthmore College, an MA from Stanford University, has completed the Executive Program for Leadership Development at Harvard Business School, and completed a doctorate in business administration (DBA) from the International School of Management with a focus in finance, and has been an adjunct professor in the Management and Information Systems department at Temple University.