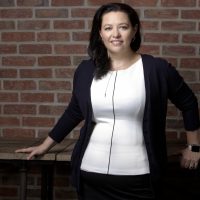 Ms. Shekhter heads up EPAM’s global marketing and strategy, working to integrate a variety of functions that have a material influence on the company’s global strategy, positioning, and messaging. She has held a number of leadership roles within epam, including most recently as the global head of business development and, prior to that, as the global head of the travel and consumer business. Ms. Shekhter is an advisory board member for the Mach alliance, a group of independent tech companies dedicated to open, best-of-breed ecosystems. She is active in the software startup and emerging technology community, representing EPAM in its investment in the GO Philly Fund—to support regional venture funding for seed and early stage companies—and as a board member of the recent EPAM seed investment, Sigmaledger. Additionally, Ms. Shekhter takes a special interest in artificial intelligence and sustainability initiatives.

Prior to joining EPAM, Ms. Shekhter was with the travel and marketing giant, Carlson Companies, in various Operational and Business Development roles, including Head of Retail and Entertainment for 24K, a spin-off of Carlson Marketing Group. Prior to Carlson, she was a leader with Ernst and Young Consulting, specializing in CRM and Analytics engagements for notable clients, such as 3M and GE. Ms. Shekhter is a recipient of numerous professional achievement awards, most recently she was recognized by the Stevie Awards for Women in

Business as Female Executive of the Year. And in 2019, Ms. Shekhter was named one of the Top 25 Women Leaders in Tech Services and Consulting, by the Software Report, and received a Gold IT World Women in IT award. In her role as an executive Corporate Social Responsibility sponsor, Ms. Shekhter is an advocate and supporter of EPAM’s global education, environment, and community initiatives. She also helps foster a culture of growth and talent development as an executive mentor and leader in EPAM’s diversity program, speaking frequently at many Women in IT events. Ms. Shekhter holds an MS degree in Information Systems and BS/BA degrees in Economic Theory and Political Science from The American University.