Ben Franklin Technology Partners of Southeastern Pennsylvania has officially kicked off its new FabNet program. It is a partnership with local manufacturers to boost prototype development for regional startups.

“Partnering with Ben Franklin will allow us to help early stage companies receive funding for prototypes of their products both quickly and uniquely,” said Kip Anthony, president of Horsham, Pa.-based EFE Laboratories, a manufacturer of electromechanical engineering solutions. “I am deeply committed to supporting the community and economic growth in the region, and this partnership will not only help improve EFE Labs’ position in the industry, but also advance the manufacturing industry as a whole by allowing us to apply our expertise to these companies and their products.”

Medical device manufacturing is on the minds of a lot of local health-technology startups. That’s why Ben Franklin will be at Life Sciences Future conference Monday and Tuesday this week talking about FabNet and its offerings, Bannon said.

Ben Franklin Technology Partners is a state-funded economic-development nonprofit, headquartered at the Philadelphia Navy Yard. In its 30 years of existence, it has invested more than $170 million in more than 1,750 regional tech companies, its website noted. This past August, Ben Franklin approved $1.9 million in early-stage funding for 11 regional startups. 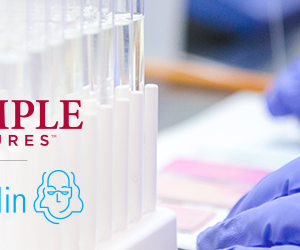