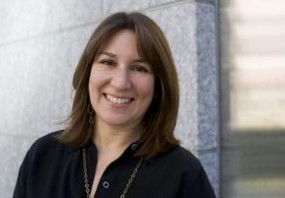 Ten years ago, City officials, higher education leaders and the business community joined together to address a tremendous opportunity for Philadelphia: make better connections to Philadelphia’s colleges and universities, so that students engage in our communities, intern with our employers and stay here after they graduate.

Today, Campus Philly celebrates ten years of impact and maps a future for Philadelphia’s continued growth as a brain magnet. One of Philadelphia’s greatest strengths – the talent that emerges from our colleges and universities – is now being tapped to enrich, enliven and grow the civic, cultural and economic landscape of the region.

Engaging students in Philadelphia’s future is critical for many reasons:

The future for Philadelphia is exciting. We are now a net population winner over New York City (more people move from there to here than from here to there).  Enrollment is growing at our regional colleges and universities, providing even more opportunity for Philadelphia to add young, educated residents. Other cities are recognizing Philadelphia’s success and from Baltimore to Cleveland, Sacramento to Memphis, they turn to us to learn about the Campus Philly model.

What will fuel continued growth of Philadelphia as a brain magnet?

Deborah Diamond is president of Campus Philly.
Steve Wray is executive director of the Economy League of Greater Philadelphia.