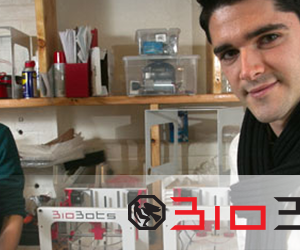 Much has been done in the 3D printing field this past decade, but this market has often been criticized for a lack of industrial outputs due to the market being too young. Biobots was created in August 2014 with the aim to be “the future of regenerative medicine”: to create a desktop 3D printer that builds […]