Social media has been painted by some as the arch-nemesis of a good education.

Teachers and professors have long lamented the fact that 16-24 year-olds spend an average of three hours on social media. Study time is often littered with regular Tik-Tok breaks, and for students, sometimes it can seem like a constant battle between the pull of scrolling through their Instagram news feed, and the admittedly less alluring prospect of scrolling through their latest assignment.

During the pandemic, social media usage exploded as students sought an escape from the uncertainties and stresses surrounding them. Educators have tried an array of methods in a bid to reduce the amount of time students spend on their socials, but the reality is, social media is here to stay. It’s likely to only grow more prominent as innovations such as Augmented Reality become more widely integrated into these platforms.

However, Shaunak Roy, founder of Yellowdig, saw the tension between the attention-capturing phenomenon of social media and the comparatively humdrum model of traditional learning in a different light. Roy had been through the upper echelons of the global education system, having been an undergraduate at IIT Bombay and a postgraduate at MIT.

Throughout his learning experiences at these esteemed institutions, Roy saw first-hand the unequivocal power of great teaching. Yet Roy also noticed that, despite the range of professorial knowledge on offer, he was learning just as much from discussions with his peers as he was from his lectures.

At the same time, Roy was witnessing the social media boom. Now, 67% of teens say they use Tik-Tok, with 16% saying they use it almost constantly. YouTube is used by a staggering 95% of teens. 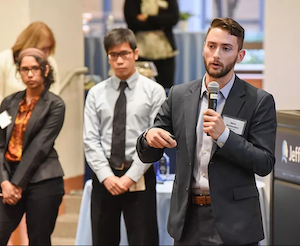 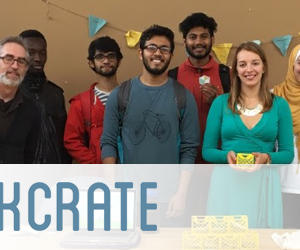