Simply Good Jars is growing rapidly — its sales, its customer base, its physical footprint and its availability.

The Philadelphia startup, which appeared on ABC’s “Shark Tank” last March, has seen exponential sales growth of about 1,200% since January 2021, CEO Jared Cannon said. That has allowed his operations to expand and his ambitions to elevate.

On Friday, the maker of pre-made salads began testing its product with one of the biggest brands in the Philadelphia region when its jars rolled out in select Wawa stores. Simply Good Jars can now be found in 30 Wawas in Pennsylvania, New Jersey, Delaware, Maryland and Virginia. Previously, the jars have been available in smaller food markets, coffee shops and cafeterias, as well by delivery through Gopuff.

The deal with Wawa has the potential to expand if initial sales are successful.

The company was founded by Cannon in 2017, a year after he graduated from Temple University’s Fox School of Business. The pre-made salads use a packaging technique designed to keep the contents fresh for an extended period of time. When he appeared on Shark Tank, Cannon secured a $500,000 joint deal with celebrity investors Lori Greiner and Mark Cuban in exchange for a 10% stake in Simply Good Jars. At the time, he projected revenue to total some $700,000 to $750,000 in 2021.

Cannon said that Greiner and Cuban will “continue to influence our path forward.”

Growing pains before wearable alarm is brought to market 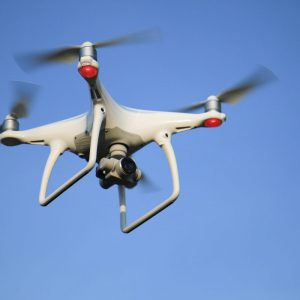