Picture a pregnancy test, and chances are that some version of the following image will pop up: a clinical plastic stick, possibly with a pink handle and the words “pregnant” and “not pregnant” printed at one end. Now try and imagine a vastly new-and-improved version of the product that’s become so integral to women’s lives, but hasn’t changed in three decades. What would that even look like?

Bethany Edwards has an idea. As the founder and CEO of Lia, a startup with designs to change the way we think about pregnancy tests, Edwards has spent the past four years developing the first-ever fully flushable incarnation. And, if you ask her, it’s an innovation that’s been a long time coming.

“Nobody has innovated on the home pregnancy test [structure] in over 30 years,” Edwards says. Since the 1980s, when ClearBlue put the first pee-on-a-stick style test on drugstore shelves, kicking off the so-called Wand Era, not a whole lot has changed—and the truth is that it took centuries upon centuries of human history for the product to progress to that point. Ancient Egyptians purportedly mixed urine with grains to predict if a woman was expecting (germinating grains were that civilization’s equivalent to a tiny “plus” sign); medical textbooks from the Middle Ages reveal similar experimentation with urine and wheat bran.

Just a century ago, pregnancy testing still resembled something out of a Flintstones cartoon. The “Hogben test,” developed somewhat accidentally by the British zoologist Lancelot Hogben, consisted of injecting a woman’s urine under the skin of a female frog and then checking to see whether or not, hours later, the creature produced a cluster of eggs. If the answer was yes, congratulations were in order. Though similar procedures were performed on mice as well as rabbits, tens of thousands of frogs were subjected to this fate.

That is, until scientists developed amphibian-free tests which detected the presence of the so-called pregnancy hormone, human chorionic gonadotropin, a.k.a. hGC. It was a game-changing discovery that ultimately reshaped the experience of finding out you were expecting. In-office chemical tests became the new standard: A woman would give a urine sample to her doctor, who would send it off to the lab and then inform his patient of her results when they arrived back.

Predictably, the male-dominated medical establishment had plenty of reasons why women couldn’t be trusted to administer pregnancy tests on their own—how could an emotional woman be trusted to follow even the simplest of instructions?! at least one doc asked—which meant that confirming you were pregnant almost always happened in the presence of a professional. 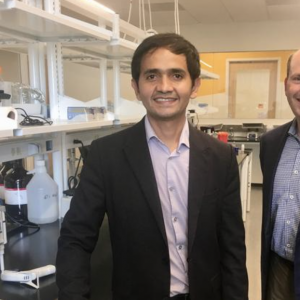 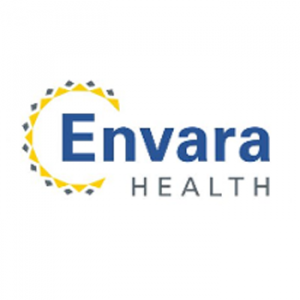