Philadelphia beat out powerhouses like Boston and San Francisco in a new JLLSnapshot analysis of cities drawing the most highly skilled workers.

In the brief report released Wednesday, JLL used census bureau estimates to measure the growth of a specific segment of the city’s population — adults over 25 with a bachelor’s degree in the region between 2012 and 2016. Coming in third place, Philadelphia saw that demographic increase 19.7 percent in those four years.

JLL’s Director of Research for Philadelphia Lauren Gilchrist said the data is important to employers who are dealing with the effects of the tight job market, she said.

The lower that number grows, the harder companies have to work to fill open positions, including upping wage offers – which could have a ripple effect on their overall bottom line.

“You begin to see the real stress that companies experience in their ability to attract talent in order to grow their business,” Gilchrist said. “Quite frankly, this instability attracting talent could produce a real drag on a market’s economic growth over the mid-term as companies are unable to hire or they have to pay more to source the talent they need.”

She wanted to see how well Philadelphia was growing that crucial talent base in comparison to large talent hubs, especially when it comes to the tech industry. She wasn’t expecting the result.

“I was surprised to see the extent to which we’re outpacing some of the most important knowledge hubs in the country,” she said.

This is just a snapshot using census bureau estimates she said, but it at least shows, she said, that Philadelphia is holding its own.

“Just to even be considered in that same company as Boston when it comes to our ability to attract highly skilled populations speaks volumes to the quality of life that has developed in Philadelphia over these market cycles,” she said. 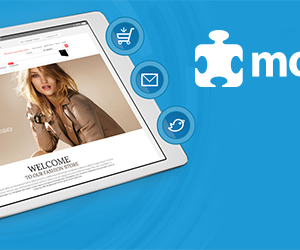 Area firm is a leader in personalized marketing