After 18 months searching for the right partner, the Philadelphia Industrial Development Corporation has tapped Ben Franklin Technology Partners to manage StartUp PHL’s second seed fund, which will set out to deploy up to $5 million to Philly-based companies.

In the summer of 2016, news broke that First Round Capital, which managed the first investment fund from the city’s startup-boosting investment vehicle, would close the fund and not submit an application to oversee StartUp PHL Fund II.

“It’s a good opportunity for another firm to provide a fresh perspective,” First Round managing partner Josh Kopelman said at the time. The initiative is a project of the City of Philadelphia’s Department of Commerce and PIDC, and initially drew on First Round’s VC expertise.

Per PIDC president and CEO John Grady, after meeting with a half-dozen potential managers, that fresh perspective was best represented by Ben Franklin’s team. The match between StartUp PHL and state-supported Ben Franklin made sense from a mission perspective, Grady said.

“The strength of their team, pipeline and accessibility really stood out as an opportunity for our dollars to have the most impact in the city,” Grady told Technical.ly. “RoseAnn [Rosenthal] and Scott [Nissenbaum] have done an incredible job over the last few years in increasing deal flow that’s started to come into the city and they’ve also been creative in building partnerships with different funders.”

“My hope is that others see this as an opportunity and that they want to be part of it,” Nissenbaum said. “They can get the leverage the work we’ve both done and also be able to support their home town. If this is a cause you care about, this is an easy way to jump in with both feet.”

The investor points to joint projects like Temple Ventures, Venture Chesco and the Digital Health Fund as examples of why Ben Franklin was the right fit to run StartUp PHL’s second fund.

“This is a model we’ve used with other partners that have been really successful because the missions match all around: bring early stage capital to he city,” the investor said. “This is a natural partnership for us.”

No investments have been made so far from the new fund, but companies interested in pitching to get backing from the fund can apply through Ben Franklin’s website or head to one of the “Meet Ben” sessions. 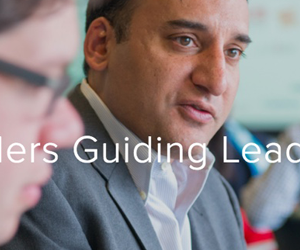 Philly Entrepreneurs Should Tap Into This New Mentorship Network 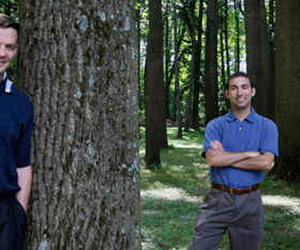