This September, Philadelphia startup BioBots will roll out a new line of desktop 3D bioprinters — going up against companies like the capital-heavy Organovo.

The company’s developing smaller, easier to use, cheaper 3D tissue printing machines. They’ll cost about $10,000, and are geared to let academicians and industry scientists create their own tissues for preclinical research.

It will debut the new “plug and play” 3D bioprinter at the TERMIS World Congressmeeting on tissue engineering and regenerative medicine on September 8, CEO Danny Cabrera told MedCity News.

BioBots is operating on very lean capital — it’s got less than $1 million in equity raised on the books. The startup spun out last year from University of Pennsylvania, developed by a small team of undergraduates. It also was a member of the DreamIt Health accelerator class last year. But because the founders are so young in their academic career, Penn doesn’t have rights to BioBots’ intellectual property, Cabrera said.

The BioBots device works as a laser printer might. Inside the machine, there’s a syringe that’s filled not with ink – but with a mixture of biocompatible materials like collagen, and living cells. The syringe moves in a 3D space, building up tissues layer by layer. It then “cures” the tissues with a light, hardening it so the cells and biological infrastructure stay in place.

BioBots is sacrificing some precision in favor of keeping costs down – with Cabrera saying that its competition is actually “too precise,” and that most scientists “don’t need that precision.” BioBots isn’t currently chasing the idea of building out whole human organs. It is focusing on building tissues for researchers to test drugs.

BioBots started selling a beta version for its 3D bioprinters this January — a $5,000 early stage device that “sold out really quickly,” Cabrera said. It invited critique from its users around the world, and BioBots has used that feedback to develop the market-ready, $10,000 model that will start selling in September.

“We want to first penetrate and saturate the academic market – they’re the early adopters,” Cabrera said. “Our second goal is to get this 3D bioprinter technology into the hands of industry.” 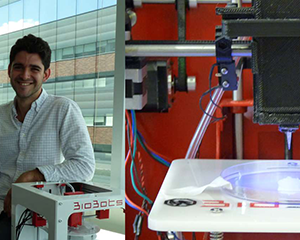 A 3D printer that squirts out the building blocks of life 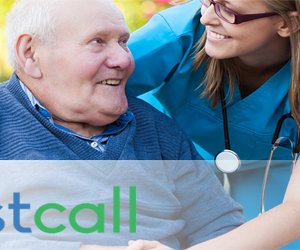