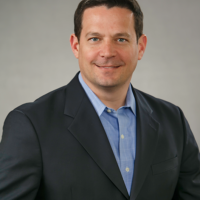 Scott Nissenbaum is President, Chief Executive Officer, and member of the Board of Directors at Ben Franklin Technology Partners. He believes that technology can make the world a better place and has dedicated his career to that ideal.

Prior to becoming President and CEO at Ben Franklin, Scott served as its Chief Operating Officer through 2020, and previously served as its Chief Investment Officer and Executive Vice President, where he led the organization’s investment group, a team of 10 investment professionals making seed and early-stage investments across IT, Digital Health, Life Sciences, and Advanced Manufacturing. Under Scott’s leadership, Ben Franklin completed more than 200 early-stage investments, launched Ben Franklin’s first for profit fund – the GO Philly Fund, and grew the AUM by 100%+.

Scott has raised capital for six different funds, served as a board member for 14 private and public companies, and was the Chairman of Philadelphia Game Labs. He has been recognized as a leader by Philly Tech’s “Thirty under 30” Award, Philadelphia Business Journal’s “40 under 40” Award, American Carbon Registry Innovator Award, and the Eastern Technology Council. In addition, he has served as a speaker, judge, and mentor for countless organizations and events. In 2007, Scott taught the graduate course in venture capital at The Universities of Pennsylvania’s Wharton School. Scott has a Bachelor of Science in finance from Penn State and a MBA in finance from Saint Joe’s University. Scott has three kids and is enthusiastic about lacrosse, racquetball, Philadelphia sports, and all things Penn State.