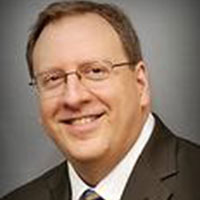 Previously, he was Managing Director, co-head of Corporate Finance and led the technology practice in the U.S. for Investec Inc., an international public diversified financial services company. Mr. Robins was also a member of Investec’s commitment committee and management committee. Prior to Investec, Mr. Robins was a principal with PMG Capital where he was head of Technology Research and the Technology Investment Banking practice.

Prior to entering investment banking, Mr. Robins was an executive at Safeguard Scientifics, a high-technology investment firm and was co-founder of Rabbit Software Corporation, a publicly traded pioneer that developed and marketed software-based communications products for enterprise networks. In addition, he was president of Atlantix Corporation, a Perot Investment Group company and managed advanced technology development for Shared Medical Systems (healthcare) and SEI Corporation (financial services). Mr. Robins was also co-founder of Multiple Funding Pension Inc., a developer of financial analysis software.

Mr. Robins has served on a number of public and private Boards of Directors, including Ben Franklin Technology Partners, where he currently serves as Chairman, and the Greater Philadelphia Alliance for Capital and Technologies (“PACT”), of which he was a founding member and where he served as lead judge of that organization’s annual Enterprise Awards for numerous years.