Benjamin Franklin once said that an educator should be a scholar, teacher and citizen. In his life and career, Dr. Joseph Bordogna has fulfilled the patriot Franklin’s vision, of innovation with social purpose, with most admirable results.

On June 23rd, the Board of Directors of Ben Franklin Technology Partners of Southeastern Pennsylvania (Ben Franklin) honored Dr. Bordogna, Professor and Dean Emeritus School of Engineering and Applied Science, University of Pennsylvania, with  a resolution acknowledging his more than 30 years of dedicated support of the organization, and his nine years of service on its Board of Directors.

Dr. Bordogna was actively involved with the formation of the Ben Franklin Technology Partners of Southeastern Pennsylvania. This singular act spurred on an organization which has gone on to invested more than $170 million to grow more than 1,750 regional enterprises across all areas of technology and created nearly 31,000 new jobs attributable to Ben Franklin’s work.

“Dr. Bordogna is both a mentor and a friend who continues to remind us how important it is to push the boundaries of innovation.  It was at his urging that we undertook the creation of the Nanotechnology Institute over fourteen years ago,” said RoseAnn B. Rosenthal, President & CEO of Ben Franklin.

As a student at Philadelphia’s John Bartram Public High School, Bordogna beat the odds facing his peer group-Philadelphia’s inner city kids-and won the General Electric Prize for ranking highest in his class. On a naval ROTC scholarship, he earned a bachelor’s degree in electrical engineering at the University of Pennsylvania in 1955.

Bordogna then served in the US Navy where he took on the role of Operations Officer on the Flagship of the naval unit which achieved the world’s first space capsule recovery.

Having then earned a Whitney Fellowship to MIT, Bordogna earned his degree in electrical engineering and computer science. Both before and after his MIT years, Bordogna worked at RCA in Camden, NJ, in communication systems, radar, transistor technology, holography, and lasers. By 1964, he had earned a Ph.D. in electrical engineering at Penn, and stayed to join the faculty, eventually becoming its Dean of Engineering.

He served as the worldwide President of the IEEE, and from 1996 to 2005, he served at the U.S. National Science Foundation (NSF) as Deputy Director and Chief Operating Officer. Bordogna later joined the Ben Franklin Technology Partners of Southeastern Pennsylvania board in 2005.

As a teacher, Bordogna spearheaded educational innovations including dual-degree programs in management and technology and in computer and cognitive sciences, receiving the Institute of Electrical and Electronics Engineers’ (IEEE) 2008 James H. Mulligan Jr. Education Medal for his efforts. He is also a fellow in prestigious professional groups such as the American Association for the Advancement of Science.

Continuing Ben Franklin’s virtues of an educator, Bordogna is currently the Alfred Fitler Moore Professor of Engineering at the University of Pennsylvania where he served also as Director of the Moore School of Electrical Engineering, and Dean of the School of Engineering and Applied Science. 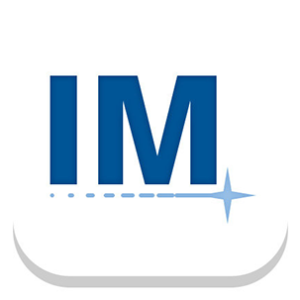