ROAR for Good raised $1.8 million in growth capital to ramp up distribution of its wireless panic button systems for hotels and health care facilities.

The Philadelphia startup initially sought to raise $1.5 million, but investors surpassed the company’s goal for growth capital, ROAR for Good Founder Yasmine Mustafa said. She declined to disclose the identities of the several private angel investors who participated.

The startup previously raised $2.7 million in a round of growth capital that closed last year.

The latest round of funding comes as ROAR for Good deals with unprecedented demand from potential clients. All of the interest for the startup’s panic buttons has been inbound, Mustafa said.

“​​We were getting so much inbound interest that there was an opportunity cost to not having more resources,” she said. 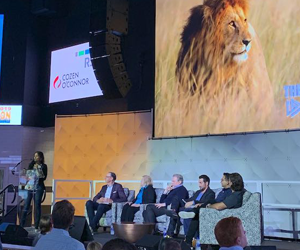