The most active seed fund in the Philadelphia region is preparing to deploy $2 million in new capital to help struggling startups stay afloat and help fight the Covid-19 pandemic, but a potential threat to its state funding looms in Harrisburg.

Ben Franklin Technology Partners of Southeastern Pennsylvania, a state-backed nonprofit, announced late Thursday it was awarded $1 million from the Ben Franklin Technology Development Authority (BFTDA), which funds each of the four BFTP regions in the state. The Authority received $4 million in new funding from the state’s Department of Community and Economic Development (DCED) to be split equally among the regional organizations.

As part of the award, each regional BFTP must match the $1 million in funding with $1 million from its own budget. The Philadelphia-area BFTP plans to use the combined funds to launch a new initiative called “Save Our Startups” that offers early-stage companies in southeastern Pennsylvania zero-interest loans ranging from $50,000 to $150,000 for a term of up to three years. The initiative is also offering grants between $5,000 and $10,000 to companies that are developing health technologies related to Covid-19 response efforts.

RoseAnne Rosenthal, CEO of the Philadelphia-area BFTP, said they’re aiming to help startups that can show the Covid-19 crisis has had a negative impact on their business and that the funding would help them retain jobs and stay afloat in the long-term. While startups aren’t required to have received BFTP funding in the past to qualify, Rosenthal said they are prioritizing their existing portfolio of 233 active companies. Startups that have not received emergency aid from the federal government or do not have significant existing venture backing will also take priority. She’s hoping to get the capital fully deployed within the next three months. 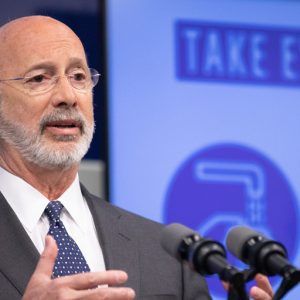