Strados Labs — makers of a non-invasive respiratory smart system — has closed in on nearly $2 million in early-stage venture capital, with sights set on quick expansion.

The three-year-old, Old City-based healthcare startup, which also has a team in Atlanta and was named a runner-up on the 2019 realLIST, plans to double its five-person team by the end of June with the goal of recruiting more hardware developers who are experienced in medical device technology.

Strados CEO and cofounder Nick Delmonico said he remembered the countless trips he took as a kid to the school nurse’s office due to his severe asthma as inspiration for the company: He was born nine weeks prematurely and contracted a respiratory virus that led to him being hospitalized for several weeks after he was born. As a result, Delmonico struggled through respiratory issues that landed him in and out of many nurse’s offices and emergency rooms for most of his childhood.

Today, the MBA graduate of Temple University’s Fox School of Business and Management said he’s looking to provide a low-cost way for clinicians to remotely monitor a patient’s respiratory performance with a wearable stethoscope-like biosensor device that “computerizes” lung sounds; it’s been described by pulmonologists as the “Holter monitor of the lungs,” he said. Data is sent directly to a cloud that is then available for the doctor to view. 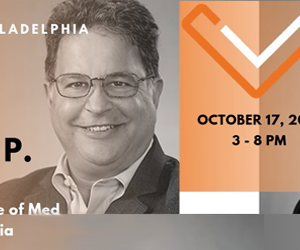 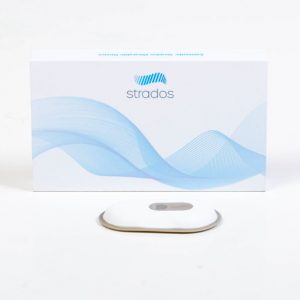