It’d be an understatement to say that it’s been a busy couple of months for NeedsList, the currently-in-beta online startup that connects refugee aid workers around the world with people who want to donate much-needed supplies and finances.

The Philly-founded startup from cofounders Natasha Freidus and Amanda Levinson had its beta launch during a citywide celebration commencing World Refugee Day in June. It was one of two startups that won $25,000 after its time with the 12-week fintech accelerator program from Ben Franklin Technology Partners and Village Capital. And the NeedsList cofounders spent last month in France and Switzerland with other startups from around the world for MassChallenge’s 2017 accelerator program. 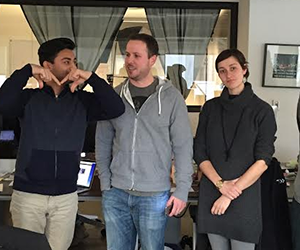 Ticketleap is at it again! Meet Met.