Right off the heels of its appropriately timed beta launch during the celebration of World Refugee Day in Philly, NeedsList has been announced to be one of the two startups awarded $25,000 investments from its participation in Ben Franklin Technology Partners’ and the Village Capital’s Fintech accelerator.

The 12-week program just finished up last Thursday, after which the eight startups that took part in the accelerator got to stretch their legs outside at the PHL Innovation Picnic (which ended up raising $10,000 for three local tech education nonprofits) while sharing a bit with our sister site Technical.ly Philly on what the future of our city’s fintech ecosystem is looking like.

Check out that full recap here.

NeedsList, the online platform that connects refugee aid workers with everyday people who want to donate finances and supplies, was one of the two social impact-focused startups for the fintech accelerator. Amanda Levinson, cofounder and COO of NeedsList, said in an email that the startup was given the top ranking out of the total eight, based on nine indicators that the companies in Village Capital’s accelerator used to decide the eventual winners.

Everything seems to be on the up-and-up with NeedsList and its mission: it received a good amount of recognition from Mayor Jim Kenney on World Refugee Day (along with the announcement that Philly-based tech companies WebLinc and Blue Cadet would be partnering with the Nationalities Service Center to connect refugees to tech jobs). 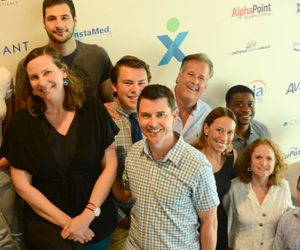 At the PHL Innovation Picnic, we got a sneak peek at Philly’s fintech bullpen