Biotech elbows its way in

When Max Perleman and his fellow co-founders at Biomeme were ready to go out and raise money for their Philadelphia-based medical device company, they went the traditional route of talking with venture capital firms and economic development organizations.

They also chose to go a nontraditional route for life science companies and give crowdfunding — raising small amounts of money from a large number of people over the Internet — a try.

“One of our advisers, Steve Welch [co-founder and managing partner at DreamIt Ventures] set up a meeting for us with Microventures,” Perelman said of the an equity crowdfunding website. “The great thing about them is they have already curated a large group of accredited investors who are interested in companies like us.”

Biomeme was in the first class of the DreamIt Health Philadelphia incubator program for health care startups.

Biomeme has developed a small device (called a PCR thermocycler) that turns an iPhone or iPod into a mobile lab that can perform real-time DNA analysis. It set out to raise $1.5 million in a debt offering, $200,000 of which it hoped to secure through Microventures. The company ended up raising $1.95 million from investors that included Ben Franklin Technology Partners of Southeastern Pennsylvania, Independence Blue Cross, DreamIt Ventures and entrepreneur Mark Cuban. It also exceeded its crowdfunding goal by taking in slightly more than $300,000 via Microventures. 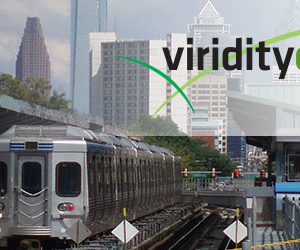