Reenvisioning the complexity and security of enterprise mobile development

Brendan McCorkle is the CEO of CloudMine. Headquartered in Philadelphia, with offices in Boston and San Francisco, CloudMine aims to reduce the complexity of backend development for enterprises everywhere. The platform emphasizes mobile performance as well as security and compliance, allowing organizations in a variety of highly-regulated industries to launch mobile initiatives quickly and reliably. Prior to starting CloudMine, Brendan founded Fourth Power Solutions, Textaurant, and the Free Beer Company. He graduated from the University of Pennsylvania Graduate program of Technology Management.

JEFF MACK: You just hired a new marketing director. Could you describe her role and CloudMine’s marketing strategy overall?

BRENDAN MCCORKLE: Marketing is one of the three heads of a three-headed monster that we call the “revenue engine” at CloudMine. I don’t know if this is a contentious view of how sales and marketing works together, but we believe that that whole side of the house is a team. A lot of companies side with those three. So, marketing is responsible for bringing leads into the machine, sales is responsible for closing those leads and generating cold leads. These two should always be best friends, because if marketing’s doing their job they’re bringing warm leads to the sales team; if sales is doing their job, they have case studies and clients to talk about, which makes marketing’s job easier. And the third head we call “client success.” This is customer implantation, our sales engineering—the folks that actually run the technical demo with the client, onboard them, pass information onto the product team about what gaps there are in the product, and also run support, which is a very important piece of getting customers as they evaluate our technology, and keeping them once they are customers.

I’m not sure who said this, but someone I really like said that “businesses are actually in the business of keeping customers, and not getting customers.” That’s how we think about customer success, and why we call it implementation—client success—because, if our clients win, we win. If they’re winning because of us, they’re not going to leave. That makes sales’ job easier because they’re not going to have to replace churn in the machine.

All three of those heads of that monster—although it’s a friendly monster—are very important to the success of CloudMine. Alex [Mack, Senior Director or Corporate Marketing], obviously, is the newest and brightest addition to the team, so we’re feeling pretty good about that.

Q. How about your role as CEO?

A. Being a CEO at a startup, depending on how big you are, means a lot of different things. When it was Marc, Ilya, and me, it meant I wasn’t an engineer. That’s the only thing that that meant. As we grew a little bit larger than that, it meant I was the one who was willing or had to— depending on who you ask—talk to investors, talk to customers, run the pitch before we had a technical demo. It was the selling, if you will.

Our first business cards had my role actually listed as “suit.” I was the suit, that’s what that meant. If we were giving a presentation, I would show up in—you know, I would have buttons on my shirt, probably a collar, and I might not wear sneakers—so that was from Marc and Ilya, that was the difference between the three of us: I would dress up, and they wouldn’t and be left with the technology.

Marc has definitively become a suit a little bit in his own right now, although he doesn’t like to admit it. Now that’s much more complicated. We have venture backing. We’ve raised a number of rounds of financing. There’s board management and investor management. The team has also hit 30 [people]. That’s a very interesting transition for being a CEO, because somewhere, depending on which way you look at it… We’ve heard a couple of different times—Bob Moul locally and David Bookspan—local entrepreneurs have told me—I don’t remember which one of them said, which of these two—but one of them said “at 25” and the other one said “at 30, a startup stops being a family, and at 30 a CEO is allowed to just be a CEO.” It’s sort of an interesting data point, because before then, you have to do basically everything that isn’t getting done better than you’re doing it, which is actually, I think, an interesting thing because “founder” to me is a more important role than “CEO.” CEO is what I have to do right now, but founder is the responsibly to do all the things that the company needs, and before 30 people, that isn’t “be just the CEO,” it’s “be a lot of other things.”

Q. How has your role changed?

A. Now that we have strong managers and I have lieutenants if you will, there are now enough people that my job has switched from managing other people in the organization to blocking and tackling for the management team, and letting them block and tackle for their team. So that’s only been in just the last couple of months, where we have enough critical mass of employees and capital and smart people around the table, where my job is to manage just the management team down and the investors up. And when we raise more money, I’ll be raising more money and that’s it, which is kind of refreshing because that actually means that we are starting to do what I think is the moral imperative of the founder: replace yourself in everything that you could possibly do in the company.

Non-founders typically, or even most people in the world, go about their daily job thinking “I need to make myself irreplaceable.” I think for founders at startups, it’s actually upside-down. It’s my job to come into work and start to do something and realize, as I’m going through all of the things that I could do at CloudMine, someone’s already doing it and they’re doing it better than I could ever do. At that point, there’s sort of that one moment in time—if that’s true across the board—the founder has won, because they have created something that is bigger than them, that’s better than them. And then comes the hard part: then, you have to get out of the way. We haven’t gone there yet, but most of the people in CloudMine are smarter than me and better than me at most of the things they do, so we are on the way, which is exciting—and terrifying, but exciting. 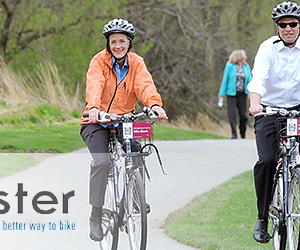 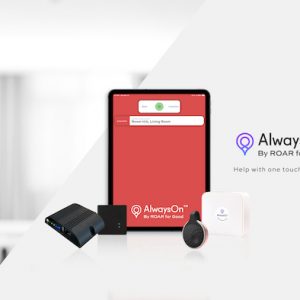