The head of the high tech company coming to Morehead was a guest speaker at Wednesday’s meeting of the Kentucky House Special Committee on Advanced Communications and Information Technology.

Robert Schena, CEO and cofounder of Rajant Corporation, told committee members that his company’s technology aboard MSU’s miniature satellites could create a network in space that could be used to keep military defense systems running if the U.S. were ever attacked.

He said Morehead was his first stop on his tour of Eastern Kentucky when he was looking for a place to expand his business.

“We rolled up to the Space Science Center and I thought, ‘Wow.’ Then I met some of the faculty and they were extremely impressive and big thinkers. We continued our tour but I was drawn back to Morehead,” he said.

Schena announced in March that his company plans to create 28 jobs in Morehead and invest $762,000 into the project.

Aerospace is now the No. 1 export in Kentucky, generating close to $8 billion in foreign sales annually.

Rajant is a pioneer in providing multi-frequency wireless solutions.

In layman’s terms, that’s basically a wireless network that is movable, essentially autonomous, and can communicate within itself to keep the system operational at all times.

“Think about your Wi-Fi node in your house,” said Schena. “We kind of do that except ours can move and hundreds and hundreds can be in motion at one time with nobody telling them what to do to create a very large wireless network.”

This year the NFL is testing a Rajant encrypted wireless communications system that would prevent a team from tapping into their opponent’s radio exchanges.

A Rajant node that stores up to 60 days of high definition video and is mounted to a camera on a pole in Media, Pennsylvania, was used to convict a person involved in an assault against a police officer.

That city is now planning to connect its police cruisers to that network so officers can actually see a video of an area before responding to an emergency scene.

These nodes can operate for years without being turned off. One mining operation has been using Rajant technology for eight years without an outage.

If attached to swarms of drones it could create a three dimensional network linked together with camera lenses, radar, and sonar.

Schena admitted that could be for good or for bad.

“This is a technology that we really have to think about how it will be used. But there could be applications where 50 or 100 drones will be flying around linked together so you could put up a network in an emergency like a fire or flood,” he said.

One of Rajant’s military applications used in Afghanistan was actually worn by three-person teams connected to a powerful radio frequency detector.

Read more at The Morehead News.

Defend Your Head Lines Up Against Concussion Epidemic 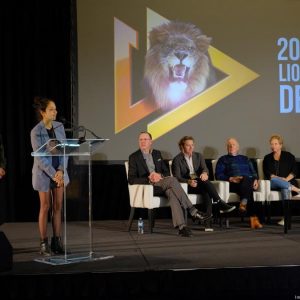