REDWOOD CITY, CA – September 8, 2015 – Capnia, Inc. (NASDAQ: CAPN), focused on the development and commercialization of novel products based on its proprietary technologies for precision metering of gas flow, today announced that it has acquired substantially all assets from privately-held NeoForce Group, Inc., a developer of innovative pulmonary resuscitation solutions for the inpatient and ambulatory neonatal markets.

Under the terms of the agreement, Capnia will pay to NeoForce a $1.0 million upfront payment, which represents less than one times of NeoForce’s 12-month forward looking revenue, plus a low single-digit royalty on sales of NeoForce products for a period of 36 months. NeoForce’s currently marketed products include the NeoPIP™ Infant T-Piece Resuscitator and the CPRNome Resuscitation Timer. Additionally, NeoForce President and Chief Executive Officer, Otho Boone, will join the Company as General Manager of Neonatology. Mr. Boone, who founded NeoForce in 2005, brings to Capnia over 25 years of medical device sales, operations and product development experience at neonatology focused companies such as Drager, Hill-Rom Air Shields and Ohmeda. Prior to founding NeoForce, Mr. Boone was Vice President of Global Marketing at Drager.

“The acquisition of NeoForce further underscores our commitment to leveraging technology to address unmet medical needs in Neonatology, which is one the most attractive segments in the healthcare business today,” said Anish Bhatnagar, MD, Chief Executive Officer of Capnia. “As General Manager of Neonatology, Otho brings a depth of expertise and broad relationships with top tier hospitals across the United States which we can leverage to accelerate the adoption of our CoSense® ETCO monitor. Neonatology is a high-growth area, and we believe that the addition of Otho and the NeoForce product line, together with the ongoing commercial rollout of CoSense®, significantly strengthen our presence in this area.”

“I am excited to be joining the Capnia team and advancing the Company’s commercial efforts,” said Otho Boone, President and CEO of NeoForce. “NeoForce is a revenue generating, profitable entity that will benefit greatly from additional commercial manpower to further scale its operations. We also have a number of new products that we would like to bring to the market. Capnia’s expertise is highly complementary, and I look forward to calling on new and existing hospital customers to maximize the potential of our combined platform of products, as well as bring more innovation to the market.”

Capnia, Inc. develops and commercializes novel products based on its proprietary technologies for precision metering of gas flow. Capnia’s lead product CoSense® is based on the Sensalyze™ Technology Platform. It is a portable, non-invasive device that rapidly and accurately measures carbon monoxide (CO) in exhaled breath. CoSense has 510(k) clearance for sale in the U.S. and has received CE Mark certification for sale in the European Union. CoSense is used for the monitoring of CO from internal sources (such as hemolysis, a dangerous condition in which red blood cells degrade rapidly), as well as external sources (such as CO poisoning and smoke inhalation). The initial target market is newborns with jaundice that are at risk for hemolysis, comprising approximately three million births in the U.S. and European Union. Capnia’s proprietary therapeutic technology uses nasal, non-inhaled CO2 and is being evaluated to treat the symptoms of allergies, as well as the trigeminally-mediated pain conditions such as cluster headache, trigeminal neuralgia and migraine. 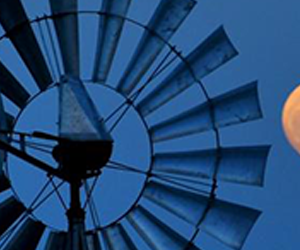 Clean Energy Jobs are Truly ‘Made in Pennsylvania’ 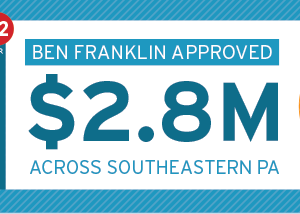