Founder Anthony Ortiz put aside his initial startup, a healthy meal delivery service called Fitly, to focus on SmartPlate. Fitly hadn’t been a homerun, he said.

It wasn’t a huge success but it wasn’t an utter failure, either. He’ll tell you as much.

“It wasn’t great,” said the DreamIt Health grad. “It was good. It was OK.”

Every day, he said, a new meal delivery service seemed to spring up. He realized that if he wanted to compete, he was going to need to raise a lot of money. It was going to take time.

“It was a crapshoot,” he said.

So Ortiz, 38, of Roxborough, ditched the product to focus on something he felt had more potential: the SmartPlate, a plate and mobile app that can automatically detect calories and other health information for food that’s on the plate.

Nearly a month ago, he launched the project on Kickstarter. Today, he surpassed his goal of $100,000.

Ortiz, a participant in the Science Center’s Digital Health Accelerator, originally wanted to launch SmartPlate as a companion to his meal delivery service. He thought it could be a way to incentivize people to subscribe to the service.

But he soon realized there was no way he could execute on both. He needed to focus on one and do it really well. Then, he could partner with the other meal delivery services out there, like Blue Apron and Nutrisystem.

The SmartPlate technology is overseen by Dr. DJ Lee of Brigham Young University in Utah. Ortiz approached Lee, who has done research on the field of object recognition technology, and Lee was so interested, Ortiz said, that he drove five-and-a-half hours from Utah to Las Vegas to meet Ortiz at the Collision Conference. 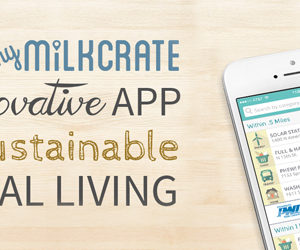 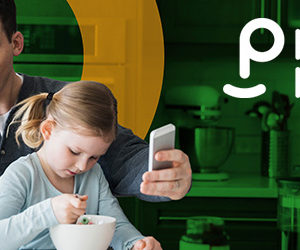