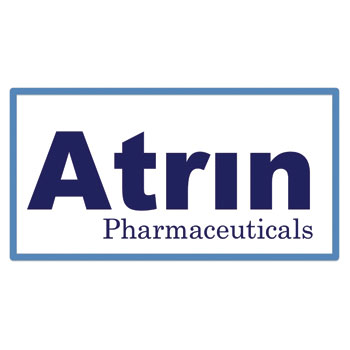 Atrin Pharmaceuticals is a dynamic biopharmaceutical firm focused on the discovery and development of proprietary medications. Atrin centers its research on modalities which treat cancers lacking effective therapies. This technology will advance drug development for the treatment of solid tumors currently having limited or ineffective therapies, including breast, pancreatic, lung, ovarian, and colon cancers.

Atrin’s bioresearch has identified a fundamental series of proteins specifically active in cancer cells and critical for their survival. By inhibiting the activity of these proteins, especially a specific protein known as ATR, cancer cells die without harming normal cells. This pioneering scientific work has been published in highly respected peer reviewed journals and cited by numerous independent investigators.

Atrin’s medicinal chemists currently utilize a structure-based design approach in order to improve the potency, specificity, and selectivity of their lead small molecules.

To leverage Atrin’s expertise and growth, its scientists have invented, developed, optimized, and validated the proprietary Atrize™ platform. Atrize™ is highly specific cell-based screening methodology, is tailored to identify compounds that are effective in inhibiting the viability of cancer cells without adversely affecting healthy normal cells. The Atrize™ screen is designed to detect DNA synthesis abnormalities induced by drug treatment interactions with common cancer-associated mutations. The Atrize™ screen does not focus on a single pathway, but rather categorizes compounds into multiple functional groups that impact the cell cycle in a manner that is selective for cancer-associated mutations. This approach will result in the discovery of a wider array of compounds that will serve as selective treatments for a spectrum of cancers.