Friends, today was the PACT Foundation Breakfast. The annual event celebrates and supports women-led enterprises and diversity in Philadelphia’s innovation community. Appropriately enough, the event fell on International Women’s Day, an annual global initiative that celebrates the achievements of women.

It was less than two years ago, in June 2015, that PACT announced its three year grant commitment to the newly formed AWE  Ventures—Powered by Ben Franklin. The crowdfunded, donation-driven capital pool is exclusively in support of women-led startups and emerging enterprises in our region.

Then, in May of last year, we formed a pool dedicated to former Ben Franklin Board member and friend to all emerging entrepreneurs, Brenda Gavin, who passed away March 17th of last year. That pool seeds investments in women-led life sciences enterprises.

Today, Brenda’s husband, Larry, joined us, as did Board members Ami Miron, Osagie Imasogie, Janice Giannini and Denise Devine. Osagie, as well as Charisse Lillie, who joined our table, were honored for their founding sponsor contributions.

In less than two years, AWE Ventures has proudly approved investment in 19 companies for a total of $3.9M. Eight of which are life sciences enterprises.

First, I want to thank Dean Miller, who did a fantastic job reporting on both the success of this joint effort to date and encouraging the large audience to donate to this partnership. I’m thrilled that this pace of investment exceeds all prior years in terms of number of deals and dollars invested in women led enterprises!

In addition, I want to give my deep appreciation to Joan Waters, CEO of Cofco, for her untiring work rounding up corporate donors to AWE Ventures. Joan is also donating some of her and her team’s time to help us in revitalizing Building 100.

Lastly, I want to go back to the fact that this momentous event occurred on International Women’s Day. To celebrate, many women around the world are participating in a strike known as “A Day Without A Woman.”

While I understand that the strike was designed to recognized the value that women of all backgrounds add to our socio-economic system, it seems a bit disheartening to me that the only way some women feel they can make their value and contributions known is to stay home. Instead, like those profiled at today’s event, I encourage women to go out and make a difference through action – by pushing forward with their dreams and changing the world.

In conclusion, I hope you will help us spread the word and fill the coffers with donated funds for these investments. The invested funds revolve to Ben, creating an evergreen pool to continue the cycle of success! 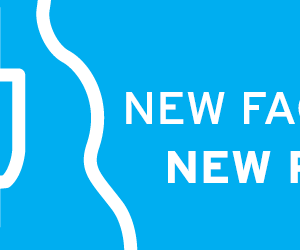 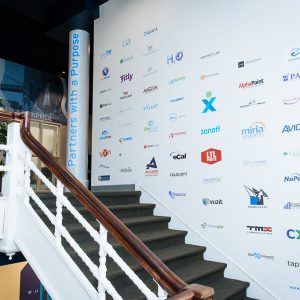 Pa.’s Investments in Innovation Paying off in Fight Against COVID-19