AlphaPoint, a fintech company specializing in blockchain technology, has completed a successful proof of technology with Scotiabank, an international bank headquartered in Toronto, Canada. As a result, Scotiabank was able to explore and evaluate how AlphaPoint’s Distributed Ledger Platform can be leveraged internally across a range of use cases.

Companies trade trillions of dollars annually on the Nasdaq alone. Therefore, financial services entities are investing heavily in optimizing electronic trading to increase speed in financial markets and reduce costs. According to a study by Accenture and McLagan, savings could reach up to 70 percent in reporting, 50 percent in post-trade and 50 percent in compliance. Overall, blockchain technology could help them save $8-12 billion per annum.

“Distributed ledger technology enables institutions to rethink how data flows within their organizations,” Joe Ventura, founder and CEO of AlphaPoint. “Partnering with Scotiabank is an amazing experience. Their team is leading the charge by proving out pragmatic, near-term implementations of this revolutionary technology.”

The full-stack platform includes a number of features, including:

Scotiabank’s partnership with AlphaPoint is part of the bank’s broader desire to position itself ahead of rivals in fintech development.

In January, it opened a 70,000 square foot Digital Factory designed to develop technology such as artificial intelligence and blockchain. Accordingly, during its grand opening, Scotiabank demonstrated a new payment system that combines blockchain technology with biometric scanning.

Igor Telyatnikov, president and COO of AlphaPoint, mentioned that AlphaPoint is planning to reveal additional news in the near future.

“We have two other major announcements that will be announced in the coming month, including a production launch with a systemically important financial institution,” said Telyatnikov. “2017 is shaping up to be an incredible year for the distributed ledger technology industry as a whole and for AlphaPoint as well.”

In order to learn more, you can read the full article on Nasdaq. 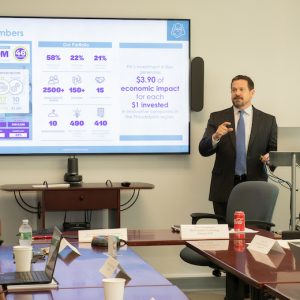 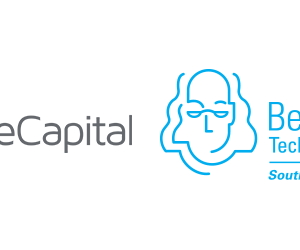 Philly Tech Investor to Double Down on Black, Latinx and Women Entrepreneurs in 2018