Lawyer/educator/entrepreneur Emily Foote has found her next job title: investor.

Foote went through an exit with her startup Practice, the Center City-based edtech startup, in 2017. While fundraising for the company’s Series A in 2016, she told Technical.ly she got familiar with a handful of folks in the investing world, including those over at Osage Venture Partners.

“And while all were smart, not every team was as thoughtful, curious, and as generous with their expertise as the Osage Team was,” she said. “That impression stuck with me.”

After Practice’s exit, Foote said Nate Lentz, Osage’s managing partner called and asked if she’d ever consider working in venture capital. After a year of courting her for the job, Foote started as a principal back in March.

“I was surprised because the thought had never crossed my mind,” Foote said. “I love building products, communities and companies. Once I had a taste of entrepreneurship, it was difficult to imagine another career path.”

But now, Foote will be working with entrepreneurs as an investor, and what she called a “critical role in the entrepreneurial ecosystem.” She’s bringing everything she learned running a startup with her, including one big principle — people matter most.

“The success we had at Practice was almost entirely due to the people who ran the business,” Foote said. “The lessons of how to hire and develop people are two skills I believe will serve me well as an investor.” 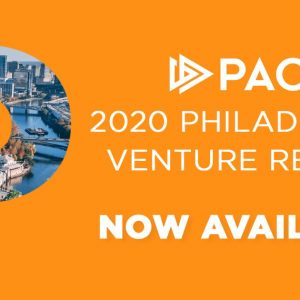 VC trends: Why Philly’s Deal Flow Bounced Back Quickly in 2020