This year, Philadelphia’s technology scene is well-positioned to see an uptick in mergers and acquisitions.

It’s already off to a good start. The last week in January, and just spilling into February, there was a flurry of activity.

Subscribe to Upstart Today for a daily jolt of startup news and powerful ideas.

The best part? All the companies are planning to stick around.

Philadelphia’s tech ecosystem is getting a boost, as a once struggling market is finally looking up. Recent M&A activity, as well as growth in the option to take a tech company public, help tell that tale nicely.

“The option is more real than it’s been in a long time,” he said, talking regionally as well as nationally. “I think that for many, many years, you effectively couldn’t take your company public if you were a tech company.”

It was too speculative, Nucci said, and “too risky.”

“Now the door is open again,” Nucci said. “At least for now.”

But what Nucci knows most about is strategic acquisitions. He grew Software-as-a-Service integration company Boomi for 10 years before selling it to Dell in 2010. The financial terms of that deal were never disclosed.

Dell kept Boomi’s operations local, and made sure to do what it could — including offering significant raises to employees — to keep the Boomi team intact, Nucci said.

Nucci said the trend of buying companies and fueling them to grow as they are, instead of folding them into the machine, is relatively new.

“You used to see a lot more energy put into, when I buy you, you will come to wherever my company is and where I am, and I’ll move your team,” Nucci said. “I’m not saying that doesn’t happen anymore … but it definitely happens a lot less than it used to.”

This is great for local economies.

“Obviously, startups grow, they become successful, they have exits,” Nucci said. “The people in those startups go do new companies again and that circle of life continues.”

It’s also easier nowadays for a company to look at a Philadelphia startup and actually want to keep the office put. That’s thanks to an evolved perception of Philadelphia’s tech scene, Nucci said.

Back when Boomi was blossoming, and several companies had eyes on it, Nucci said one question he was always asked was if enough talent existed in the area — in case there’s interest in growing.

“They started asking things like that,” Nucci said. “Speaking personally, those were tough conversations when I tried to give the answers in 2007, in the Boomi days. Now it’s just different.”

For example, Nucci visited San Francisco a few weeks ago for a startup conference. While talking about his new venture, Guru, which he runs out of Old City, he had more positive feedback than ever.

Something else that’s easier today is attracting capital.

Just look to Curalate, RJMetrics, Aclaris Therapeutics and Zonoff, which all snagged Series B rounds led by outside investors last year.

“From my personal experience anyway, that was a lot harder to do in 2007,” Nucci said. “Being located in Philadelphia was definitely a category of risk that you had to get the investor comfortable with.”

Nucci isn’t saying that Philadelphia never had a prosperous and reputable tech scene back in the day. Of course, there’s the Half.coms, CDNows, Bluestone Softwares and Laserlinks that all had major (hundreds of millions of dollars) exits in the early 2000s.

But Philadelphia still took a hit after the dot-com bubble burst.

“Macroeconomic things hit, and like many places, Philly was damaged, but with Philly in particular, it took a little bit more of a hit because there wasn’t yet enough startups that could weather that storm,” Nucci said. “The bubble bursting had enough of an impact on enough companies that everyone got scared of startups, which damaged the fabric of the startup scene. It’s taken a while to unwind that.”

Every time there is news of a successful exit, the Philadelphia startup community is energized, Nucci said.

Take, for instance, when couponing app SnipSnap was acquired by Slyce, a publicly traded visual-search company in Canada, for $6.5 million. Ted Mann, SnipSnap’s founder, said he received note after note congratulating him on a job well done.

Mann was drawn to Slyce last summer. They got into serious M&A talk in the fall, and about four months later they sealed the deal.

“With Slyce, we have an opportunity to be part of this exciting new tech,” Mann said. “It’s a great opportunity with huge potential.”

Coincidently, the same day the SnipSnap acquisition was unveiled, DreamIt Venutures kicked off its newest session in Philadelphia.

Mann is a 2011 graduate of the accelerator program.

“It was a hugely positive experience for me,” Mann said, talking of DreamIt. “[Before it], I had almost no entrepreneurial experience whatsoever.”

He credits largely what he learned during DreamIt and, most important, the connections he made, as helping him get where he is today. Mann even leaned on people he met during DreamIt throughout the entire process of merging with Slyce.

“We traded notes and advice and even documents,” Mann said.

Programs like DreamIt and PSL, as well as initiatives from the University City Science Center and Ben Franklin Technology Partners of Southeastern Pennsylvania, to name a few, have helped foster more tech company growth, said Stephen Goodman, known as an entrepreneurship guru, as well as a longtime partner at Morgan Lewis & Bockius.

“While we would prefer to keep the successful growth companies in the region, we may have created more companies in recent years to fit the model that would be attractive to larger companies outside the region that would choose to grow strategically,” Goodman said.

Large companies are attracted to acquire smaller businesses because it eliminates the need to take on additional research-and-development risk, he said.

That’s precisely the case for LiquidHub, which has been making strategic acquisitions for several months. The Wayne-based digital integrator has already gobbled up ClosedWon, Harvest Solutions and Foundry9, has its eyes on at least two more startups, and doesn’t have intentions of stopping there.

“These are hot technology companies, so a lot of times, you’re getting a great team with a great capability set,” said Rob Kelley, who leads alliances and strategic sales for LiquidHub. “You can hire these kinds of people one by one and build it on your own, but you want to get to market faster, so M&A speeds that up.”

“Comcast shows that it is possible to be born in Philadelphia and grow up to become a behemoth and use acquisition to grow what you already have,” Goodman, from Morgan Lewis, said.

Marc Lederman, a general partner at Newspring Capital, a Radnor private equity firm, noted how 2014 was the best year for M&A in tech since before the recession. And he doesn’t see it taking a dip anytime this year.

Lederman mentioned that there is a favorable credit market and lending environment, historically low interest rates globally and credit availability.

That’s talking worldwide, but is also seen nationally, and even regionally, he said.

“I think some trends we’re seeing here is a subset of those national trends,” Lederman said.

Bob Moul, a serial entrepreneur who worked with Nucci on Boomi, and who now runs Artisan Mobile, said, in general, he’s noticed that bigger companies stored up a lot of cash in the long recession.

“They have a lot of cash on their balance sheets they need to put to work,” he said. “Those companies are starting to see enough confidence in the economy to make acquisitions.”

“There are companies out there who, with an improving economy and a better perspective and feeling about the next several years, are willing to make more investments,” Heller said. “The M&A market for big transactions was very robust in 2014. You’re seeing that trickle down now.”

“We saw multimillion- and billion-dollar acquisitions from tech companies last year,” he said. “What that has done regionally and for the middle-market, growth-stage companies, has gotten people more positive about an exit. What I’m seeing and what many of us are talking about is 2015 should be a good year that prompts smaller companies to sell.”

“Many retailers like us are trying to improve their online and e-commerce businesses,” said Phil Bowman, an executive for PetSmart. “We’ve had an e-commerce business for some time, but wanted to find a company to help us accelerate our capabilities.”

Richard Cohen, partner at Duane Morris, said the M&A markets were slow to come back after what happened in 2008.

“Now they’re clearly back and fully good,” he said. “There’s options for these companies. That creates a good environment down the ecosystem.”

But everything isn’t always positive, Harrington, from Fox Rothchild noted. There’s still a set of negative factors in the market that are fueling tech exits.

“You have your venture capital firms that were very good citizens through the economic downturn between 2008 and 2011,” he said. “They expect their companies to be through the downturn and able to turn the corner.”

For the companies that aren’t, Harrington said some may try pushing them out, getting them sold, rather than seeing that company “die on the vine.”

Either way, activity is promising, Moul, from Artisan, said.

“There are more rounds being raised, and now a nice pop in exits,” he said. “It would indicate that we’re moving toward a new kind of startup community … it shows a sign of a thriving ecosystem.” 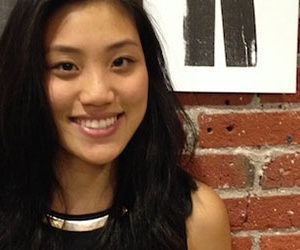 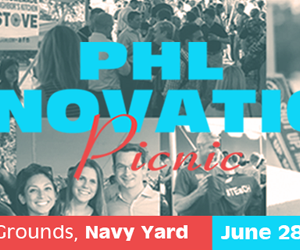 The PHL Innovation Picnic is Back!